Donald Trump Made Another Claim About Google's Supposed Bias Against Him, But A Simple Internet Search Proves Him Wrong 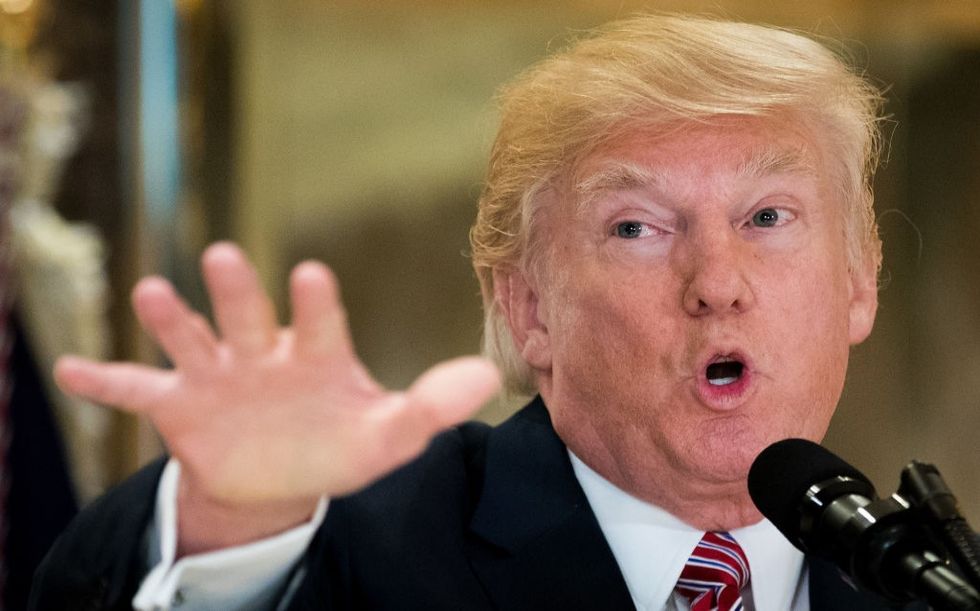 Wednesday afternoon, President Donald Trump again focused on his Twitter campaign against Google. He posted a new claim of bias by the internet giant.

In his latest Google targeting tweet, Trump posted the hashtag "#StopTheBias" along with a short blurry video stating Google failed to promote his State of the Union in 2017 and 2018 while they did promote President Barack Obama's. Who created the video is not specified.

As with the President's false claims about Google search results on Tuesday, it took little time or internet knowledge to prove the video's claims false.

First, Trump gave no State of the Union address in 2017 so there was no address to promote.

Similarly, President Obama issued no State of the Union in 2009 nor did President George W. Bush issue one in 2001. President's entering their first term in office may choose to address Congress for the first time, but only the outgoing President can give a State of the Union address in transition years.

Google promotes only the State of the Union, not presidential addresses to Congress. They did not promote Obama's 2009 first address to Congress.

Second, the blurry Trump posted video states Google failed to promote his actual first State of the Union in 2018. Except the image shown in the video is not a screenshot of Google's homepage from January 30, 2018 as annotated on the image.

People familiar with searching internet records via the Internet Archive Wayback Machine produced the actual record. On it, you can see Google provided the same promotion for Trump's first State of the Union as they did for Obama's.

In addition, the Reddit pro-Trump subreddit "The_Donald" posted a screenshot from Google promoting the President's State of the Union address during the actual speech on January 30, 2017 proving Google was promoting the speech while it occurred.

Google screenshot with link to State of the Union posted to pro-Trump subReddit at 9:36pm EST 1/30/2018 (Reddit)

The first part of Trump's latest indictment against Google results from a lack of knowledge of the traditions of the presidency. The second part—claiming Google failed to promote his first and only State of the Union in 2018—is a lie.

Google issued an official statement corroborating the information other internet sleuths used to refute the false accusations in the video Trump shared.

"On January 30, 2018, we highlighted the livestream of President Trump’s State of the Union on the google.com homepage. We have historically not promoted the first address to Congress by a new President, which is technically not a State of the Union address. As a result, we didn’t include a promotion on google.com for this address in either 2009 or 2017."

In addition to the issues related to Trump's claims about his own speeches, another image used in the video the President shared is also faked. The screenshot features the wrong Google logo for the supposed 2016 screen capture.

In 2015, Google updated their logo. The logo used for the faked 2016 screenshot includes the old Google logo.

So why did the President issue false claims against Google two days in a row? Why did someone create the faked images in the video?

Conservative activists and outlets promoted the hashtag and video as factual. Both Alex Jones Infowars and Kremlin-funded media outlet RT carried coverage of the false information, promoting it as true.

However reactions to the President's tweet trended on the side of those pointing out facts refuting the videos faked images...

@realDonaldTrump You are losing it, conspiracy advocate, living in fantasy while our democracy erodes.
— LisaAnn (@LisaAnn) 1535632972.0

Despite the President's claims against Google being factually challenged and easily debunked, the Senate Intelligence Committee chairman confirmed their desire to have the Google CEO testify before their committee in an open hearing where they will also question Twitter and Facebook leadership.