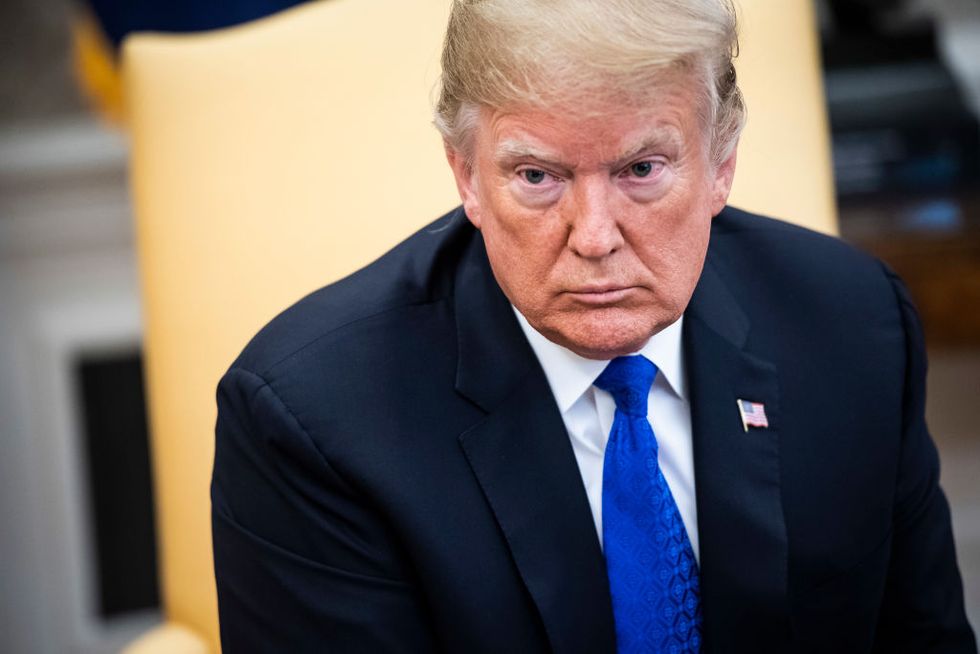 A prominent part of President Donald Trump's 2016 presidential campaign was his promise to build a tall, impenetrable wall between the United States and Mexico that he would make Mexico pay for. And it would definitely not be a fence.

Since being elected, the issue of who would pay for the wall and how it would be made be made evolved. The line between wall and fence was also blurred.

But Trump remains adamant the wall—that no one in border enforcement asked for or thinks is a good idea and the majority of United States voters oppose—will be built. Trump even recently claimed he would get the military to build it if Congress would not fund it, revealing his general lack of understanding of how the federal budget works.

Congress also controls the Department of Defense budget and determines what the military's funds can be used for.

Then Trump held a contentious meeting with Democratic leaders Representative Nancy Pelosi and Senator Chuck Schumer. During the meeting, the President declared he would be "proud" to shut down the government if he was not given the billions he needs to build his ill-advised and unpopular border wall.

But Thursday the tune changed again when Trump took to Twitter to proclaim once again that Mexico would pay to build his border wall. The President posted:

"I often stated, 'One way or the other, Mexico is going to pay for the Wall.' This has never changed. Our new deal with Mexico (and Canada), the USMCA, is so much better than the old, very costly & anti-USA NAFTA deal, that just by the money we save, MEXICO IS PAYING FOR THE WALL!"

However, the response to the President's latest declaration received a less than enthusiastic response. People again cited Trump for an apparent lack of understanding of how trade and tariffs work.

And while Trump prefers his new acronym for the updated North American Free Trade Agreement (NAFTA) he signed with the former Mexican President and Canadian Prime Minister Justin Trudeau, none of the legislative bodies of the three countries ratified the new NAFTA. The updated NAFTA—or USMCA, as Trump prefers—will go into effect unless and until the legislative branches of each country approve it, which is far from a done deal.

Most found it lacking in truth or accuracy. They also felt it demonstrated a lack of financial knowledge.

@realDonaldTrump This is like you and North Korea and the whole denuclearization deal. You were on the one yard lin… https://t.co/0QrcT6DhkA
— Mr. Wednesday (@Mr. Wednesday) 1544718615.0

@sofain @realDonaldTrump Only if there’s a category for “most spectacular failure”.
— Everywhere Josh (@Everywhere Josh) 1544719783.0

Fuck your wall. Split that 5 billion between at-risk children who don’t have lunches and vets who can’t get proper… https://t.co/myoLHXDjlz
— Stephen King (@Stephen King) 1544656643.0

But they did not get answers.

Whether the wall ever happens and who will pay for Trump's border wall is still undecided. But chanting "build a wall" at his Make America Great Again rallies still gets the crowd pumped, so perhaps that is all that matters.