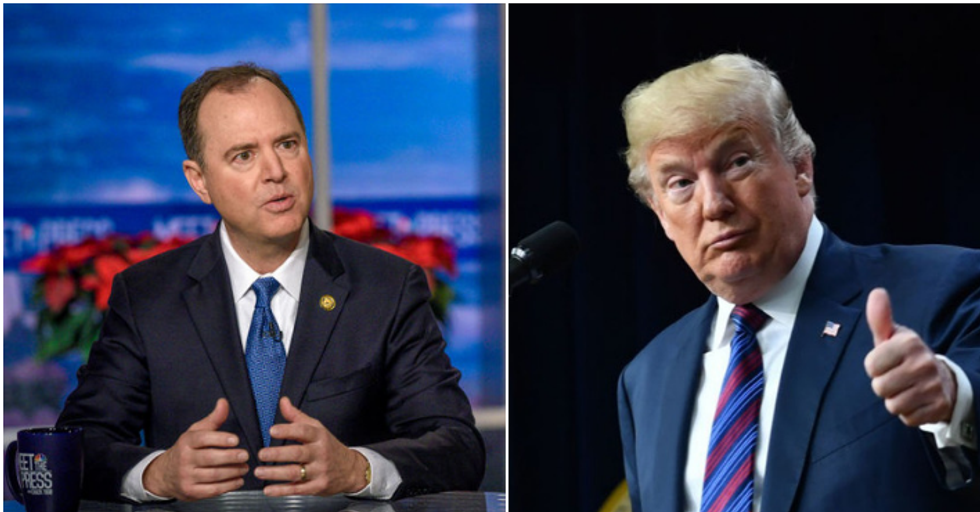 The United States Intelligence community is an internationally respected "coalition of 17 agencies and organizations within the Executive Branch that work both independently and collaboratively to gather and analyze the intelligence necessary to conduct foreign relations and national security activities." Everything is coordinated through the Office of the Director of National Intelligence.

However—despite having no experience with intelligence—President Donald Trump again insulted his own agencies' abilities. In a Twitter post, the President characterized the personnel who dedicate their lives in the military and civilian intelligence gathering workforce as passive, naive and wrong.

"The Intelligence people seem to be extremely passive and naive when it comes to the dangers of Iran. They are wrong! When I became President Iran was making trouble all over the Middle East, and beyond. Since ending the terrible Iran Nuclear Deal, they are MUCH different, but...."

"....a source of potential danger and conflict. They are testing Rockets (last week) and more, and are coming very close to the edge. There economy is now crashing, which is the only thing holding them back. Be careful of Iran. Perhaps Intelligence should go back to school!"

The Intelligence people seem to be extremely passive and naive when it comes to the dangers of Iran. They are wrong… https://t.co/PEJcIG3Gde
— Donald J. Trump (@Donald J. Trump) 1548856255.0

But Representative Adam Schiff, Chairman of the United States House Permanent Select Committee on Intelligence, had a different take on the differing assessments between the President and the entire US Intelligence community. The California Democrat posted:

"It is a credit to our intelligence agencies that they continue to provide rigorous and realistic analyses of the threats we face."

It is a credit to our intelligence agencies that they continue to provide rigorous and realistic analyses of the th… https://t.co/idpv8ciiTE
— Adam Schiff (@Adam Schiff) 1548857182.0

This is not the first time the President disregarded his own intelligence experts in favor of his own opinions.

Representative Schiff was not alone in taking Trump to task for insulting and ignoring the experts whenever their data does not support his agenda.

People accused the President of acting in the best interests of countries other than the one he took an oath to serve, defend and protect.

@RepAdamSchiff When the deflections to hide the truth about oneself spill over into national security issues that i… https://t.co/VkPh2yyjPW
— johnrwest (@johnrwest) 1548857493.0

Others responded directly to the President with their concerns over where he gets his information.

@realDonaldTrump The "Intelligence people" know more than you do. You should listen to them.
— William LeGate (@William LeGate) 1548856307.0

@realDonaldTrump Ending the Iran deal is a disaster. Why do you want Iran to have nukes?
— William LeGate (@William LeGate) 1548856346.0

@realDonaldTrump Mattis left because you ignored your own generals and intelligence community. It's almost as if yo… https://t.co/ondSRhbuO0
— William LeGate (@William LeGate) 1548856402.0

@realDonaldTrump You are the biggest threat to global security. Your dementia is out of control. If anyone truly ca… https://t.co/PkCwvYw18R
— Lesley Abravanel🆘 (@Lesley Abravanel🆘) 1548857173.0

While others could not help but see the irony in someone posting "go back to school" while not knowing the difference between "there" and "their."

The exact purpose of the President's latest false claim and uninformed opinion is unclear. But people are less concerned about the lie than the disregard shown toward facts from the US Intelligence community.