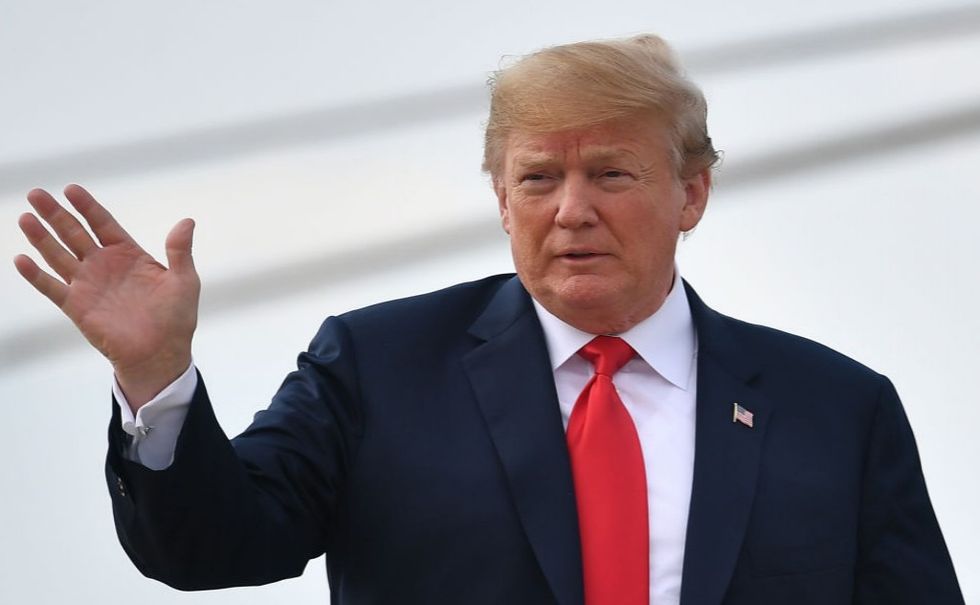 To President Donald Trump, Harley-Davidson motorcycles are an icon of American industry. The president often invokes their name and even hosted the company's executives at the White House shortly after taking office.

But now, thanks to the president, Harley-Davidson will be leaving the United States for production facilities overseas. Why?

According to Harley-Davidson, Trump's trade wars.

When the president decided to start trade wars on all fronts with American allies, businesses like Harley-Davidson that do a thriving business in European sales of their American made products got caught in the crossfire. In order to maintain a profitable European sales market, Harley-Davidson will need to move production where their product won't be subject to retaliatory EU tariffs.

But Trump claims innocence in the matter.

Early this year Harley-Davidson said they would move much of their plant operations in Kansas City to Thailand. Tha… https://t.co/uDeWOh3mWJ
— Donald J. Trump (@Donald J. Trump) 1530011796.0

But other than Trump's hardcore base of about 28% of voters, according to recent polls, no one is buying what Trump's selling. And responses directly to the president on his tweet are running much heavier on the "I don't believe you" side than the MAGA loyalist one.

@realDonaldTrump Nasty comment three on Harley-Davidson. This shows how shitty your tax scam is and how much winnin… https://t.co/4XsESyNPRa
— Peacenik (@Peacenik) 1530019217.0

@realDonaldTrump WHICH MAKES MORE SENSE? Trump is flailing like a madman because he is deeply in over his head & s… https://t.co/RVtbnpE6vZ
— Dreamweasel (@Dreamweasel) 1530011811.0

@realDonaldTrump SPOILER: Trump will continue to double down on the “gaslighting” strategy because most Republicans… https://t.co/Y67jU7RurY
— Dreamweasel (@Dreamweasel) 1530011846.0

@realDonaldTrump What happened to their tax cut. I thought all the jobs were coming home after that. At least that… https://t.co/HgsPyla0FQ
— Karen Wright (@Karen Wright) 1530014768.0

@realDonaldTrump Nothing to see everybody - it’s just loudmouth Trump having a meltdown as he runs the Country into the ground.🙄
— Veronica Garza (@Veronica Garza) 1530016679.0

Some even called out Trump on his own Trump Organization's made in China, made in Mexico, not made in the USA products.

@cjohnson9734 @realDonaldTrump I'm just waiting for his announcement than all of his clothing and campaign material… https://t.co/rasHqQ91AX
— Robert Manship (@Robert Manship) 1530020837.0

And a few questioned if the tweet came from the president or was dictated to and typed by a staffer or his phone was hijacked by an adviser because, "hence" and a lack of inappropriate capitalization.

The tweet by Trump's account was one of several where he invoked the name of Harley-Davidson. Trump finished off with a threat against the company if they don't acquiesce to his demands.