We Now Know Where Donald Trump Got His Claim That French Protesters Are Shouting 'We Want Trump' and Yeah, That Didn't Happen 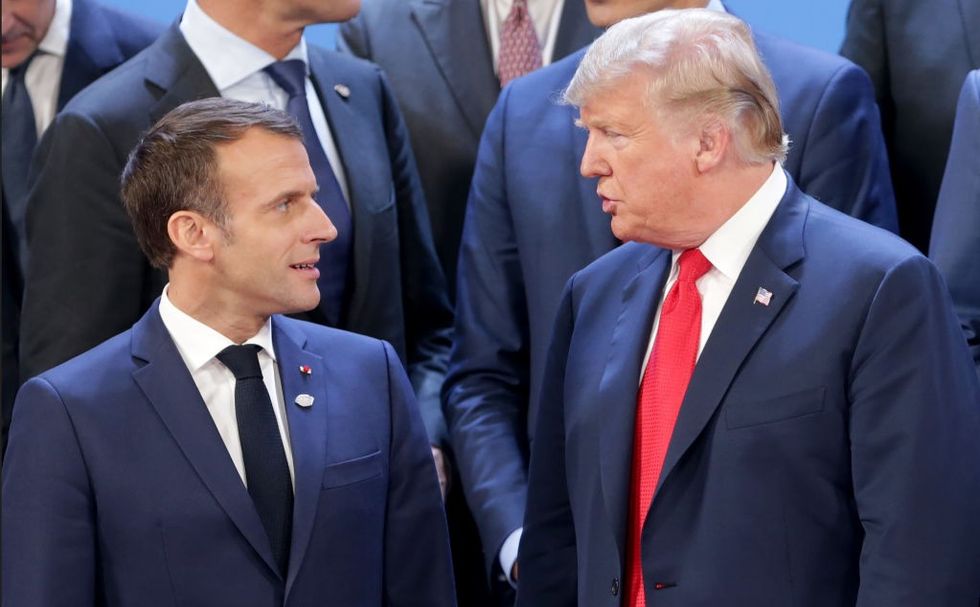 As news and images of the riots in France made the world's airwaves, many reacted to what they saw. People speculated on what the riots were really about.

Was it the fuel tax hike that had been canceled? Or was that merely a tipping point for the "yellow vest" protesters?

President Donald Trump, however, had his own version of what the rioters wanted. While many found the President's claim absurd, they still wondered where he got the idea.

"The Paris Agreement isn’t working out so well for Paris. Protests and riots all over France. People do not want to pay large sums of money, much to third world countries (that are questionably run), in order to maybe protect the environment. Chanting 'We Want Trump!' Love France."

But people in Paris and those watching the events unfold did not hear what the President claims he heard. So where did Trump get this absurd idea?

Right-wing provocateur Charlie Kirk, who got the idea from watching a far right-wing protest in London, England. Where they speak English and Kirk can understand what they were saying as opposed to Paris, France where protesters tend to protest in French.

The phrase to listen for would be "on voudrais Trump" or "nous voulons Trump" for those curious to see if they can hear these phrases in the protests. Thus far, no one has.

Kirk posted his claim on Twitter on Monday, December 3. It took five days to reach the President for him to make his own absurd claim.

"America is booming, Europe is burning"

“We want Trump” being chanted through the streets of Paris"

There are riots in socialist France because of radical leftist fuel taxes Media barely mentioning this America is… https://t.co/ObcQLlruQ5
— Charlie Kirk (@Charlie Kirk) 1543897833.0

Both men's claims received considerable pushback from those actually in Paris as well as the rest of the world.

People had similar responses for the President.

Including many from France.

Who accused the United States President of making a joke and senility.

In reality, French protesters were chanting the name of their own president, Emmanuel Macron. They yelled:

No mention was made of President Trump or the Paris climate agreement. As the old ad goes, "Sorry Charlie [Kirk]." Nice try though.

The necessity for changes to slow or halt devastating climate change remains a point of contention between the United States president and the president of France as well as most of the rest of the world. Trump continues along the path of denial, while Macron and most other world leaders opt for action.