Donald Trump Just Revealed the One Reason Why People Should Vote Democratic In November, and People Are Dragging Him Hard 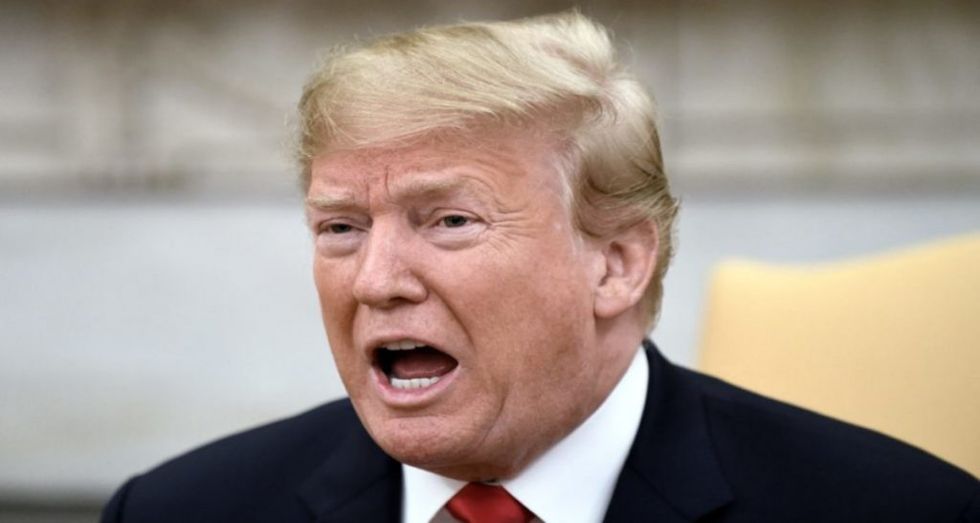 President Donald Trump, in one of his standard inflammatory tweets, offered his reasoning for why people would vote for Democrats in November. According to the president, the only reason to vote for a Democrat "IS IF YOU'RE TIRED OF WINNING!"

The president was immediately savaged for his tweet, with many reminding him of some of his administration's biggest scandals.

One individual noted that many migrant children are still separated from their parents as a result of the Trump administration's "zero tolerance" family separation policy which kicked off a humanitarian crisis along our nation's southern border this past summer. (The Trump administration has failed to meet deadlines imposed by federal courts to reunite parents with their children.) The Trump administration has also, as Second Nexus has written about, diverted funds from cancer and HIV research to cover the cost of housing these children in detention centers and tent cities.

Additionally, the GOP's tax plan has raised the national deficit and has largely been criticized as a boon for the rich; while the rest of the nation might see more in their paychecks right now, the worst of the cutbacks imposed by the plan won't hit for another few years.

Another cited three other reasons for the predicted "blue wave" in November...

...while another offered several more:

Another suggested that people might vote for Democrats in the upcoming midterms because they are "tired" of the president's disregard for the Constitution, which supporters of Special Counsel Robert Mueller's Russia probe hope will result in impeachment proceedings.

And still another noted that, among other things, under Trump's leadership and the current Republican majority women's rights (the GOP allowed the Violence Against Women Act to expire last month) and LGBT rights (the Trump administration will begin denying visas to same-sex partners of diplomats and U.N. officials) have taken significant hits.

The Trump administration has also rolled back numerous environmental protections, the most recent of which is a proposal sent to the White House on Friday by the Environmental Protection Agency that would weaken major environmental regulation covering mercury, a toxic chemical emitted from coal-burning power plants.

The president has, in recent weeks, also stoked fears that women voters could severely impact Republicans amid controversy regarding the nomination of Brett Kavanaugh to the Supreme Court. Kavanaugh has been accused of sexual misconduct by several women, including Dr. Christine Blasey Ford, who alleges he assaulted her at a party when they were both high school students and testified before the Senate Judiciary Committee last week.

The president has continued to support his nominee despite significant pushback around the nation and only recently agreed to grant the FBI permission to investigate the claims.

Trump's approval rating, according to a Harvard CAPS/Harris poll released exclusively to The Hill, is holding steady at an underwhelming 46 percent; 54 percent disapprove of the president's job performance.

"Trump numbers remain steady in the mid-forties as the pummeling in the press he took in the last month failed to create much change in the face of a strong economy,” said Harvard CAPS/Harris Poll co-director Mark Penn.

He added: “The gender gap keeps sharpening with men strongly supporting Trump and women backing away.”

The Pew Research Center found that “as the second anniversary of Trump’s election approaches, a new 25-nation Pew Research Center survey finds that Trump’s international image remains poor, while ratings for the United States are much lower than during Barack Obama’s presidency.”

Our closest neighbors also think less of us. Pew’s survey found that among Canadians only 25 percent rate Trump positively and 63 percent believe the U.S. is doing “less than in the past to address global problems.” 82 percent believe the U.S. doesn’t consider Canada’s interests when devising policy. Trump’s lowest ratings are in Mexico, which he has often scapegoated regarding illegal immigration. Just 6 percent of Mexicans expressed confidence in Trump’s leadership.