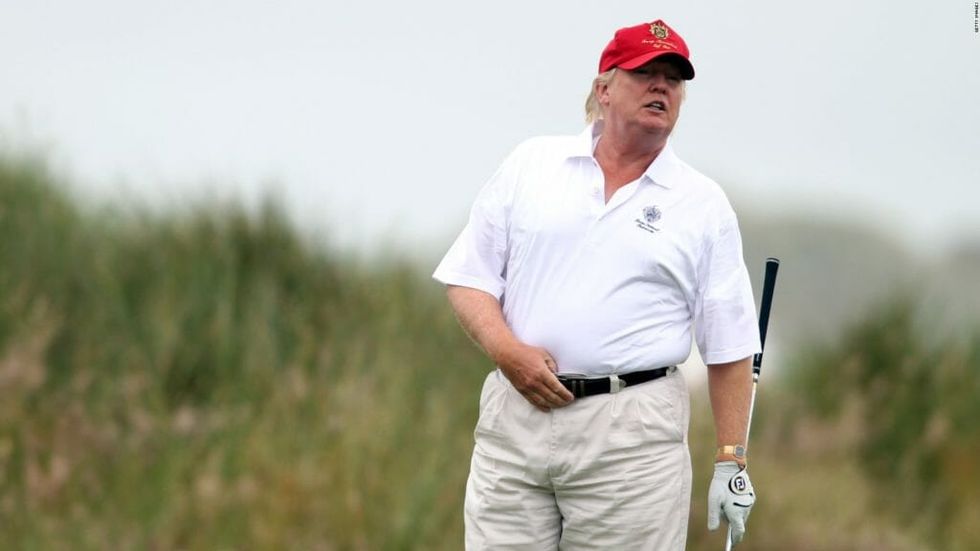 A letter from the Department of Defense to the House Oversight Committee revealed that the U.S. Military has spent up to $184,000 at a Scottish golf course owned by President Donald Trump.

The letter is in response to news that Trump had a deal with Scotland's Glasgow Prestwick Airport, in which officials at the airport would direct flight crews looking for lodging to Trump Turnberry golf course and resort. Since before Trump's presidency, the U.S. Air Force would often stop at Glasgow Prestwick to refuel and stay overnight, leaving the lodging recommendations to airport officials.

That's where Trump's 2014 deal with the airport comes in.

The number of stops and subsequent stays at the resort have seen a marked increase each year since Trump's inauguration in 2017.

Glasgow Prestwick had been struggling to stay afloat, in turn endangering the revenue of Trump Turnberry, which depends on the airport in order to stay afloat.

The patronage of Trump's hotel by the U.S. Military may be a violation of the Emoluments clause, which prohibits a President from using his or her public service for private profit.

Some people believe Trump has done exactly that.

Trump's emoluments embarrassment is far from over. The House Judiciary Committee will hold a hearing titled Presidential Corruption: Emoluments and Profiting off the Presidency on September 28.