Trump Fan Was Asked If She Cared Whether Trump Lied at His Rally, and Her NSFW Response Has People Scratching Their Heads 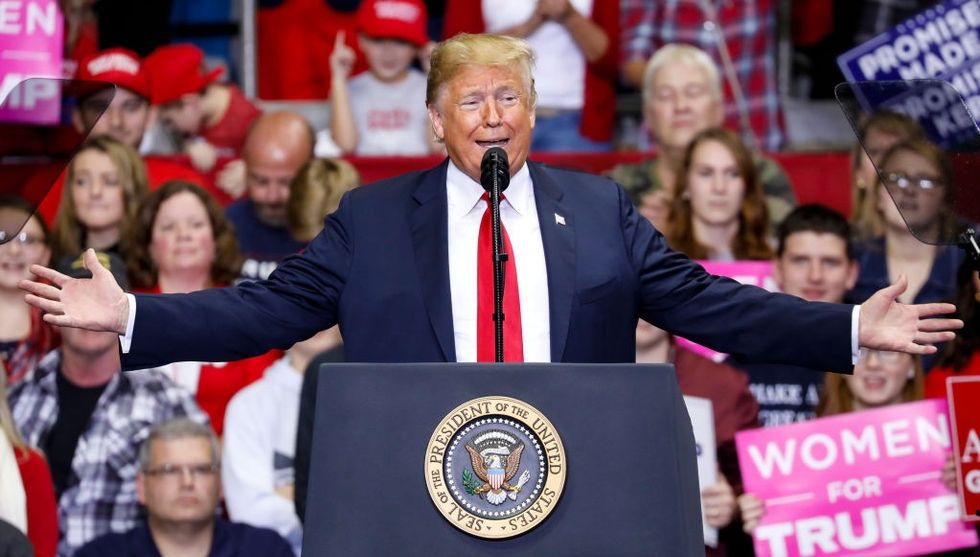 The fact that President Donald Trump frequently lies should come as a surprise to no one. Several organizations track Trump's lies and false statements.

But what about the President's fans who attend his Make America Great Again rallies?

The Huffington Post took the opportunity to speak to Trump fans at his recent MAGA rallies in Florida. They asked fans for their opinions on five of Trump's favorite MAGA rally false claims:

While some supporters made excuses or denied the truth, one woman's NSFW response drew raised eyebrows and some questions.

When the woman, who refused to give her name to Huffington Post, was asked if she worried that Trump would lie onstage during the MAGA rally she planned to attend, she responded:

"I don’t care if he sprouts a third dick up there."

.@svdate went to a Trump rally and asked his supporters if they care whether he lies all the time. One woman’s resp… https://t.co/ktIWohtonV
— Amanda Terkel (@Amanda Terkel) 1541435752.0

She declined to explain how many penises she believed the president already had. Trump lover admits lies won’t shak… https://t.co/ENTiFE8dtl
— fracSkul (@fracSkul) 1541537240.0

But other people had answers.

A variety of answers.

Including a few visual aids.

@JessicaValenti @rtraister Not started with, but sprouted along the way https://t.co/8hURKsIVNk
— David Williams (@David Williams) 1541518179.0

"Once a con man cons somebody, there is a bias among the marks not to admit that they’re that stupid. In this particular one, they want it to go on and on. They love it."

"When you start from the assumption that they know they’re wrong, and how the immensity of the cognitive dissonance makes them deeply uncomfortable, the rest of their reactions start to make a lot more sense."

Whether most of Trump's fans really know he lies or lie to themselves to claim he does not, the outcome is the same. They do not care.