Donald Trump Ad-Libbed a Line About Immigration in His State of the Union Speech, and It's a Total Reversal of His Administration's Policy 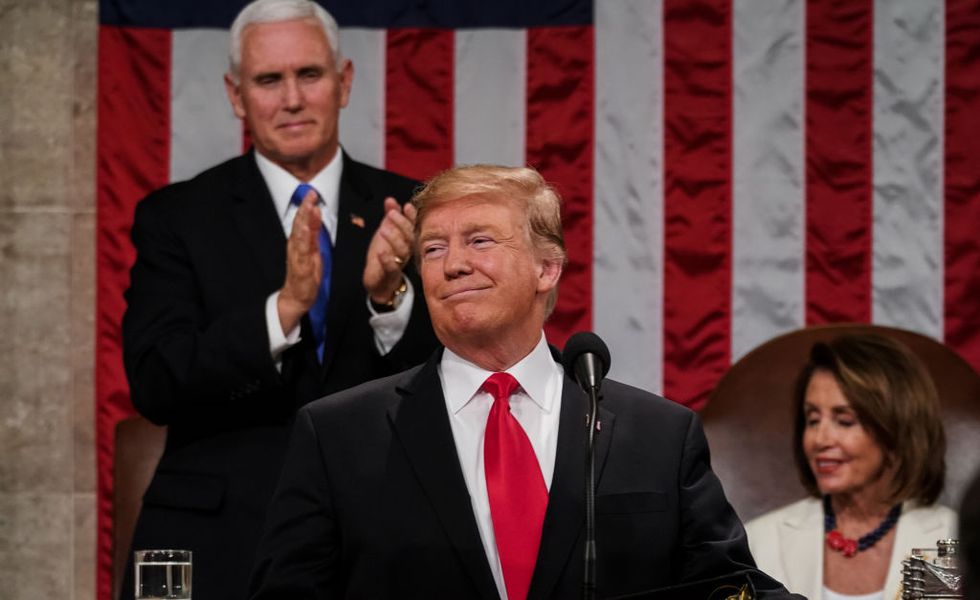 President Donald Trump delivered the State of the Union address, with Vice President Mike Pence and Speaker of the House Nancy Pelosi, at the Capitol in Washington, DC on February 5, 2019. (Doug Mills/The New York Times POOL PHOTO via Getty)

In addition to fact checks done on the State of the Union (SOTU) by multiple media and research outlets, the times President Donald Trump went off script and ad-libbed also drew notice. One of those times involved a reversal of previously stated Trump administration immigration policy.

The President and his administration previously stated that immigrants from certain countries were unwelcome.

But during the SOTU, Trump ad-libbed and said:

"Legal immigrants enrich our nation and strengthen our society in countless ways. I want people to come into our country in the largest numbers ever, but they have to come in legally."

However the published prepared SOTU read:

“Legal immigrants enrich our nation and strengthen our society in countless ways. I want people to come into our country, but they have to come in legally.”

Trump's need to always use superlatives—biggest, most, largest, best ever—leads to the President going off script and making claims he cannot support with facts or making promises he cannot keep.

Despite the President's attempt to claim he supports immigration, people were not buying it.

People called out the actual policies put forward by the Trump administration since the 2017 inauguration.

Although the President's most fervent supporters claimed his SOTU was filled with facts, but failed to list any of them.

Despite the Trump administration prior claims that immigrants from "shithole countries" are a threat to the United States, others saw a more prevalent threat.

It remains to be seen if the Trump the President claimed exists during his prepared speech and the boasts he made during his ad-libs will be honored by the White House.