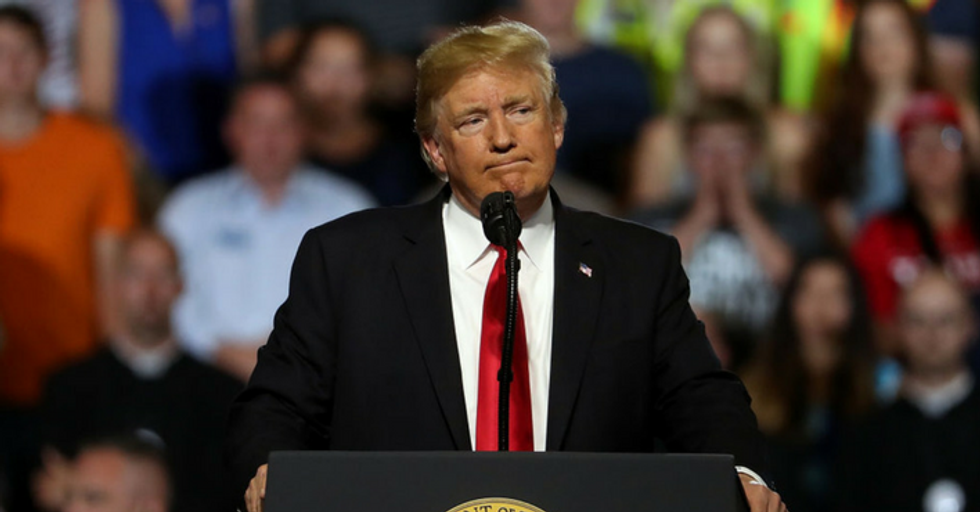 The government releases its monthly jobs report on the first Friday after the last day of each month, which means today we got  The the June jobs report, which revealed that 213,000 jobs were added to the United States economy in June. But while the number was higher than most anticipated, the rate of unemployment actually rose from 3.8 percent to 4 percent.

Which might explain why Donald Trump didn't tout the jobs numbers ahead of time, as he famously did ahead of May's numbers last month, possibly affecting financial markets.

The numbers don't necessarily indicate a weakening job market, yet the president's silence was deafening.

I see it isn't tweeting yet this morning. Usually loves tweeting about Obama's economy and taking credit for it on… https://t.co/oYCWMo16TB
— Lance Mason (@Lance Mason) 1530883013.0

This most recent job growth continues a trend begun under President Obama in 2010. The economy has continuously added jobs for over 90 months, the longest uninterrupted streak ever recorded in the nation's history.

Far too often, however, unemployment rates and the measure of the work force are oversimplified. The numbers are taken at face value. President Donald Trump and his supporters, for instance, often do this when touting the falling unemployment rate, though the rate of job growth has actually slowed since he won the presidency in November of 2016.

Similarly, this first rise in unemployment may not indicate that jobs are more scarce, but that Americans feel confident enough in the market to begin looking for work again. The Bureau of Labor Statistics estimates in the report that over 600,000 Americans joined the labor force, which accounts for the rise in unemployment despite job growth.

Not that the President remained silent, of course. Once he had a message he could get behind, he took to Twitter in his usual style:

While unemployment is at an eighteen year low, wage growth has remained relatively stagnant. This is uncharacteristic of such a low unemployment rate, which some are taking as an indication that unemployment will go even lower.

It's a pattern that's got many staggered.

So while the unemployment rate is a source of optimism for some, especially those attempting to make a political point, the intricacies of the numbers reveal a growing and eager work force whose wages have yet to reflect them.