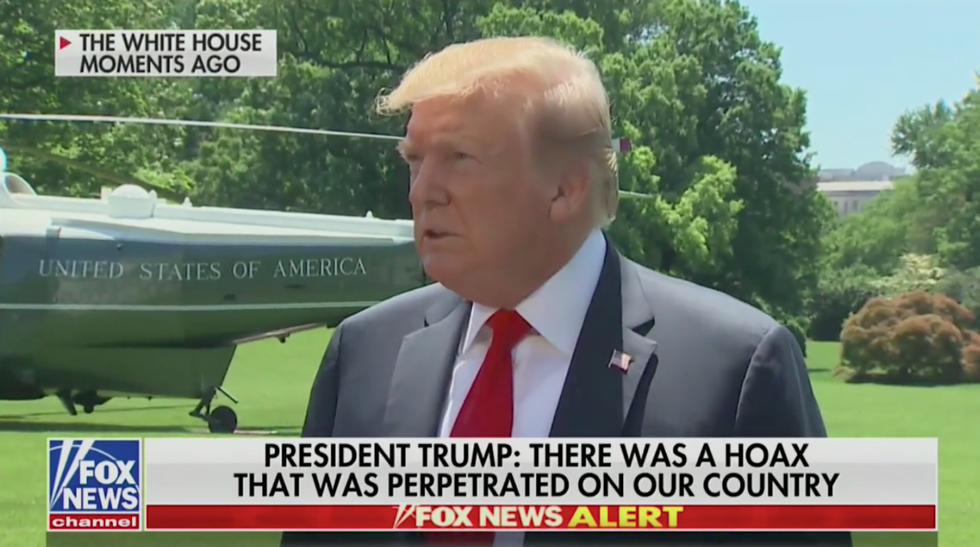 While departing from the White House for a diplomatic mission to Japan, President Donald Trump spoke with the press. When asked for his thoughts on how the multiple investigations into his presidential administration, campaign, businesses and charitable foundation might affect his reelection chances in 2020, the President stated his approval poll numbers were great.

Then the President made a claim that his numbers would be much higher if not for the press.

"You don’t give straight news. You give fake news. With fake news, I’m still winning the election."

Then the President asserted the press is supposed to only give good news.

"If you gave serious good news the way you’re supposed to, I’d probably be at 70 or 75 based on the economy alone."

But people immediately picked up on Trump's quoted current poll numbers. Conservative polling firm Rasmussen only has the President at 46 percent approval rating in their latest poll. Quinnipiac had the President's approval at just 38 percent.

Exaggeration is nothing new for President Trump and people were quick to point it out.

Some wondered why Trump low-balled it at just 48 percent, 51 percent and 75 percent.

And the rest of the President's remarks did not get a much better reception.

And after accusing the press of sharing fake news, the President admitted to sharing altered video of the Speaker of the House, Nancy Pelosi.

The President headed to Tokyo for meetings with Prime Minister Shinzo Abe. Trump will also meet new Emperor Naruhito and attend a state dinner. The President also plans to play golf while there.