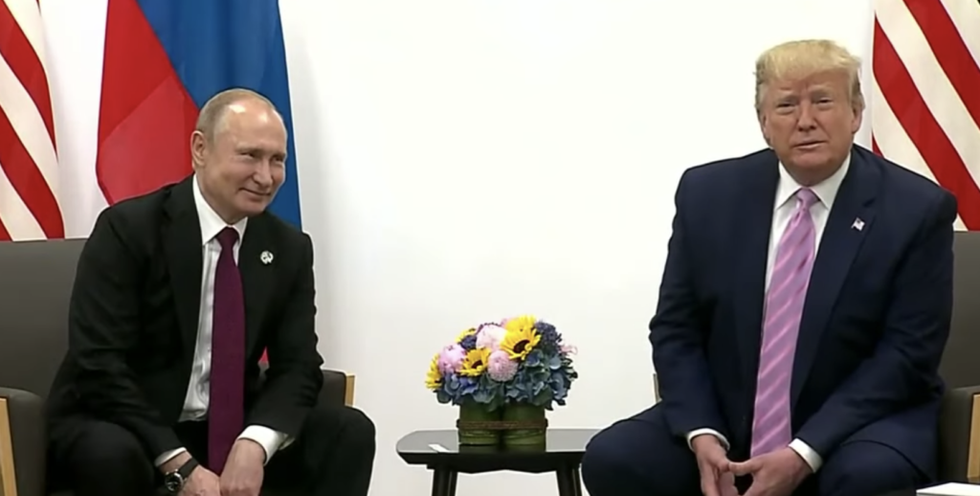 President Donald Trump is in Japan for the G20 Summit. Though he'll be meeting with a bevy of world leaders, the most anticipated meeting—with Russian President Vladimir Putin—has already made waves.

In addition to jokingly telling Putin not to meddle in the United States' 2020 election (the way Russia did in 2016), Trump joked about "getting rid" of journalists, invoking one of his favorite terms.

Trump also bonded with Putin over a scorn for journalists. “Get rid of them. Fake news is a great term, isn't it?… https://t.co/EBdhVQsNQf
— Jennifer Jacobs (@Jennifer Jacobs) 1561710719.0

“Get rid of them. Fake news is a great term, isn’t it? You don’t have this problem in Russia but we do.”

"We also have," Putin responded. "It is the same."

The exchange is unsettling for a particularly grim reason, as New York Times White House Correspondent Maggie Haberman and others pointed out.

Though he denies it, Putin routinely had journalists who accurately covered his regime killed, grouping them with dissenters. In 2015 Russia ranked 180 out of 199 countries for press freedom according to watchdog group Freedom House.

Trump made the remarks exactly one year after the Capital Gazette shooting.

Today, on the anniversary of the Capital Gazette shooting Trump joked with Putin about how he needed to “get rid” o… https://t.co/OEHCaKudru
— Scott Dworkin (@Scott Dworkin) 1561732727.0