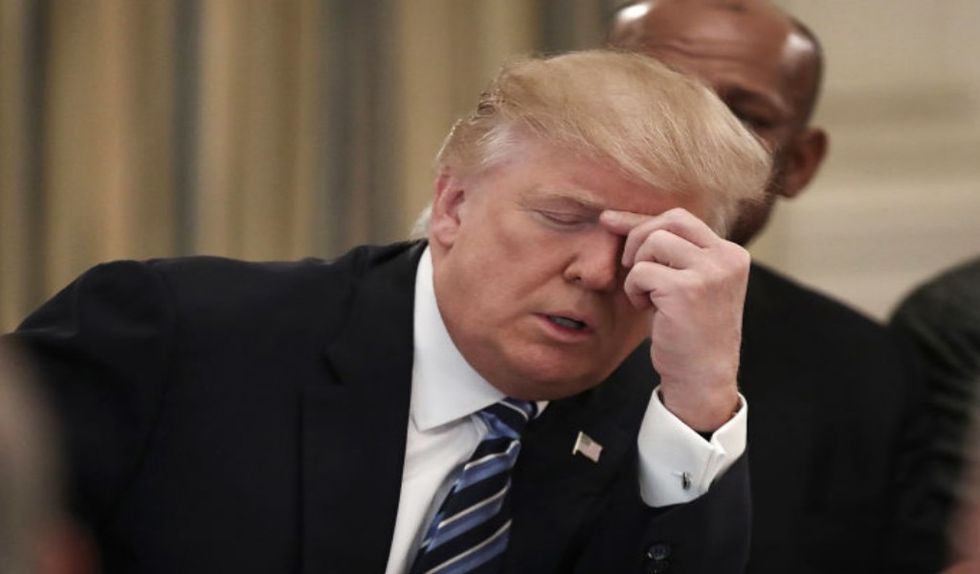 In the latest move in the investigation into possible interference by Russian interests in the 2016 presidential election and potential ties to the campaign and administration of President Donald Trump, Special Counsel Robert Mueller provided tentative questions for the president to his lawyers.

The Russia probe wishes to interview Trump concerning what he knew, and when, about ties between his team and Russian interests. The inquiry also looks into Trump's actions after the investigation began and any attempts to intervene or influence it.

After providing Trump's personal legal team with the questions, that list was leaked to the press, appearing in The New York Times. Rumors of the existence of the questions persisted since the desire for an interview with the president came to light, but none were leaked until after they left the secrecy of the Office of the Special Counsel.

Reports state the questions were read to the president's legal team by Mueller's office, then Trump's lawyers compiled them into a list.

In an early morning Tweet, president Trump called the leak of the list of questions, compiled by and in his lawyers' possession, "So disgraceful."

So disgraceful that the questions concerning the Russian Witch Hunt were “leaked” to the media. No questions on Col… https://t.co/T2n7SAWgJp
— Donald J. Trump (@Donald J. Trump) 1525171650.0

Then an hour later, Trump Tweeted another message about the Russia probe, seemingly referring to the questions again.

The list of questions, nearly 4 dozen all together, cover a broad range of subjects. But all lead to insight on Trump's Russian ties (collusion) and whether the president obstructed justice by attempting to interfere or otherwise undermine the investigation.

The president has long referred to the investigation as a witch hunt in interviews and through his Twitter account. Some of his Tweets regarding the investigation or his own actions or those around him are also being examined according to analyses of the list of questions.

Despite Trump's assertions about the reason for the inquiry and his characterization of it as a witch hunt, aside from his staunchest supporters and some bot accounts the public actively corrects his assertions each time. His latest Tweets are no exception.