U.S. Government Website Literally Cites 'Go Back to Where You Came From' as Textbook Example of 'Unlawful' Racial Discrimination

It's there in black and white. 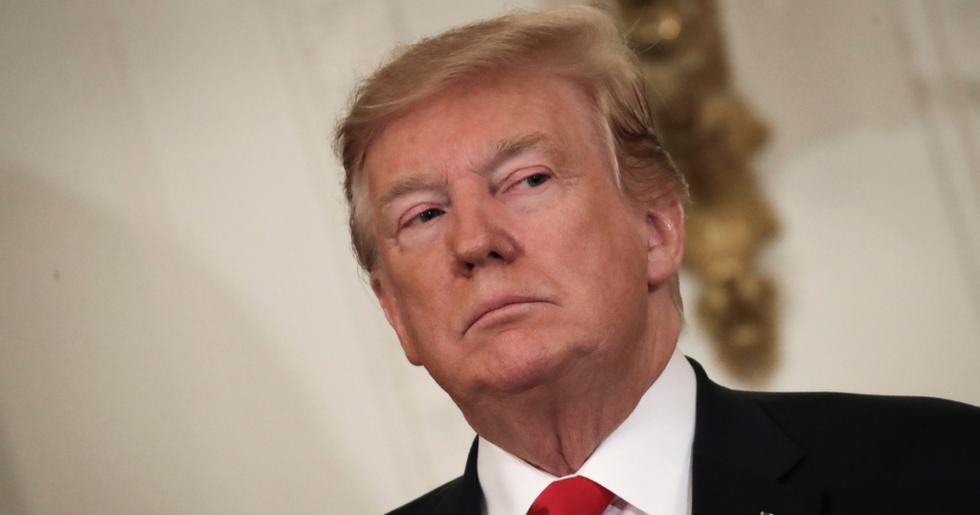 Days after President Donald Trump's racist tweets telling four American congresswomen of color to "go back" to their respective countries, Trump and his followers are searching for every semantical and ideological escape hatch to prove the comments aren't racist.

It's not going well.

Some claim that they're not racist because Trump told them to return to the United States after they've fixed the problems in their original countries while some tried claiming that he was telling them to go back to their home districts where they were elected.

As for Trump, he insists the tweets aren't racist at all...and neither are his bones.

Things got awkward, however, when Nick Ramsey, producer of MSNBC's 11th Hour, tweeted out an example of an unlawfully racist remark listed in the government's Equal Employment Opportunity Commission website (under "Harassment Based on National Origin") that sounds an awful lot like what Trump said about the congresswomen:

The EEOC enforces civil rights laws in the workplace, so this is as close to a "textbook definition" of racism that one can get from the federal government.

@nick_ramsey @USEEOC @politicalwire I’m a federal government employee and if someone said that to me in the office they would be fired!
— Clau A (@Clau A) 1563317837.0

But will it matter?

@nick_ramsey @USEEOC @politicalwire There he goes again breaking the law. Too bad we don’t have an attorney general.
— Patricia Moss (@Patricia Moss) 1563323015.0

While Trump's followers scramble for reasons the comments weren't racist, the House of Representatives voted along party lines Tuesday to condemn the President's racist tweets. It's the first time the House has voted to censure a sitting president since Andrew Jackson in 1834.