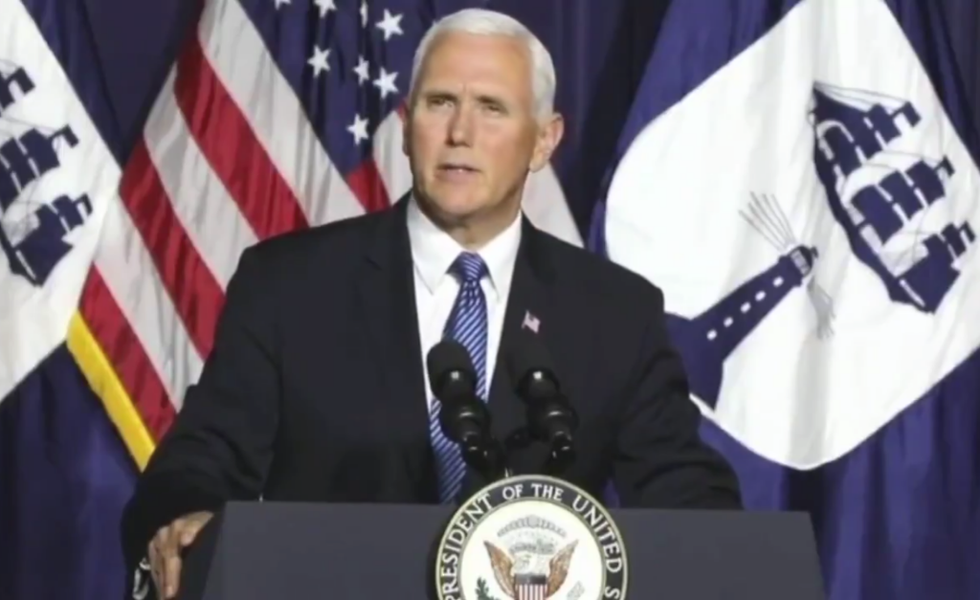 While many have been critical of President Donald Trump's closed door meeting with Russian President Vladimir Putin —and the press conference after it— his number 2 guy, Vice President Mike Pence, is not among them.

A considerable amount of the criticism the President received involves his perceived loyalty to Russia and Putin over his allegiance to the United States. Some, like former CIA Director John Brennan and former Congressman Joe Walsh, went so far as to call Trump's actions and statements treasonous.

However according to Pence, the President is always acting in the best interests of the United States. Nowhere, according to the Vice President, was that more evident than during Trump's Russia visit.

Disagreements between our countries were discussed at length, but what the world saw, what the American people saw, is that Pres. Trump will always put the prosperity and security of America first."

And the truth is, over the last week, the world saw once again that President Trump stands without apology as the leader of the free world."

After Pence posted video excerpts on his official Twitter account, people responded directly to the Vice President with what they saw from the President in Russia. Their assessments differ greatly from that of Pence.

@VP @CommerceGov @POTUS America First, huh? You must have slept through the embarrassment this morning
— Mike Smith (@Mike Smith) 1531764548.0

@VP @CommerceGov @POTUS You are supporting the most disgraceful man ever to represent the U.S. presidency. #TreasonSummit
— Bob Poshedley (@Bob Poshedley) 1531764555.0

@VP @CommerceGov @POTUS I can't even begin to understand how you could issue a tweet containing the words 'America… https://t.co/TVGsymL9Kc
— The_Reasonist (@The_Reasonist) 1531764981.0

And several reiterated the belief that the President's behavior and words constitute treason against the United States.