People Think They Know Why Donald Trump Is Choosing the People He Wants to Pardon, and Suddenly It All Makes Sense 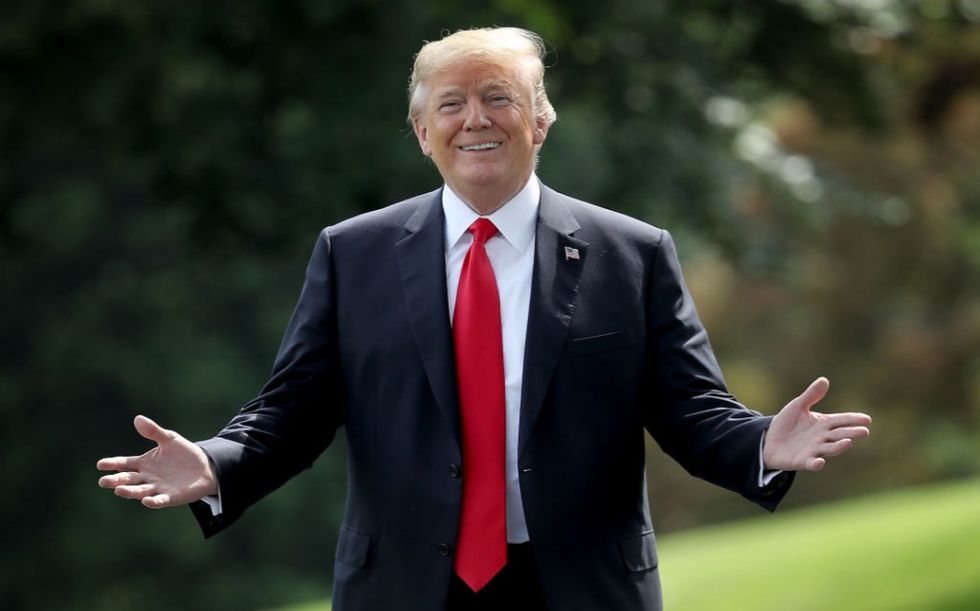 So far, President Donald Trump has pardoned five people. By comparison, President Barack Obama pardoned 212 people in his 8 years in office. President George W. Bush similarly pardoned 200. But most of the prior two presidents' pardons went to relative unknowns.

Blagojevich is currently in prison after being found guilty of attempting to trade the Senate seat left vacant when Obama became president. Stewart served her sentence for conspiracy and other charges after being investigated for insider trading.

The choices seem designed to mostly appeal to Trump's support base or to targeted groups. Joshua Dressler, professor emeritus of law at Ohio State University, called the pardons politically motivated.

It’s not based upon some sense of rehabilitation or evidence of innocence. It just has a political overtone to it."

But is there another motive at work here aside from media attention or political points with his supporters? Do these individuals, with the notable exception of the posthumous pardon of boxer Jack Johnson who died in 1946, have anything else in common?

According to former top Federal Bureau of Investigation official Robert Grant, who headed the Chicago FBI office during Blagojevich's prosecution, the pardons are proof of the president's pettiness.

It’s so disheartening to think that the president of the United States would overturn the evidence heard by a judge and jury, all out of an animus toward Bob Mueller, James Comey and Pat Fitzgerald."

"Blagojevich got caught by wiretaps and microphones and he was engaging in a practice that we believed he was taking part in for quite awhile," Grant pointed out. "I don’t think anybody who listened to those tapes would think anything but it was an incredibly corrupt governor who was dealing with corrupt associates."

Grant said the pardons serve as just one more way to try to discredit the investigation into Russian interference in the 2016 presidential election and any connections to the Trump campaign.

"So if Trump gets himself into an obstruction of justice case or lies, then that’s OK. But that’s not the case for the poor kid on the South Side," Grant said referring to the unequal application of justice to settle scores instead of showing mercy or righting wrongs.

I think [Trump] tries to hurt anybody he doesn’t like. He will use his office because he can. Not to use it judiciously, but out of spite and animus. When the framers of the Constitution framed that power, I don’t think they envisioned this."

Blagojevich's conviction covers a vast array of activities including attempting to get $25,000 from the CEO of a children’s hospital, delaying signing a horse racing bill while trying to get a $100,000 donation and attempting to turn his appointment power to fill a Senate seat into cash.

Stewart was prosecuted by Comey. Fitzgerald, who prosecuted Blagojevich, is a longtime Comey friend and is on the former FBI director’s current legal team.

Trump, speaking to reporters on Air Force One, claimed the former governor’s actions did not merit a 14 year sentence and he “shouldn’t have been put in jail.” Blagojevich appeared on Trump's TV show, Celebrity Apprentice.

Stewart, Trump stated, "was harshly and unfairly treated." The president also could not resist adding "she used to be my biggest fan in the world."

Trump made no claims of either's innocence nor cited any sentencing guidelines to indicate their sentences were excessive or unusual.

It should not be lost on us that Preet Bharara’s office prosecuted D’Souza, and Trump is settling a political score by means of this pardon."

Trump fired Bharara, the former United States Attorney for the Southern District of New York. Bharara was and remains a vocal critic of the president.

KARMA IS A BITCH DEPT: @PreetBharara wanted to destroy a fellow Indian American to advance his career. Then he got fired & I got pardoned
— Dinesh D'Souza (@Dinesh D'Souza) 1527785218.0

But Bharara had a response of his own. He pointed out D'Souza was no victim of injustice. He broke the law, but got a get out of jail free card from Trump. That pardon doesn't erase his crimes or make him innocent.

The President has the right to pardon but the facts are these: D'Souza intentionally broke the law, voluntarily ple… https://t.co/1bRDfM60kl
— Preet Bharara (@Preet Bharara) 1527777840.0