Trump Doubles Down on Trans Ban 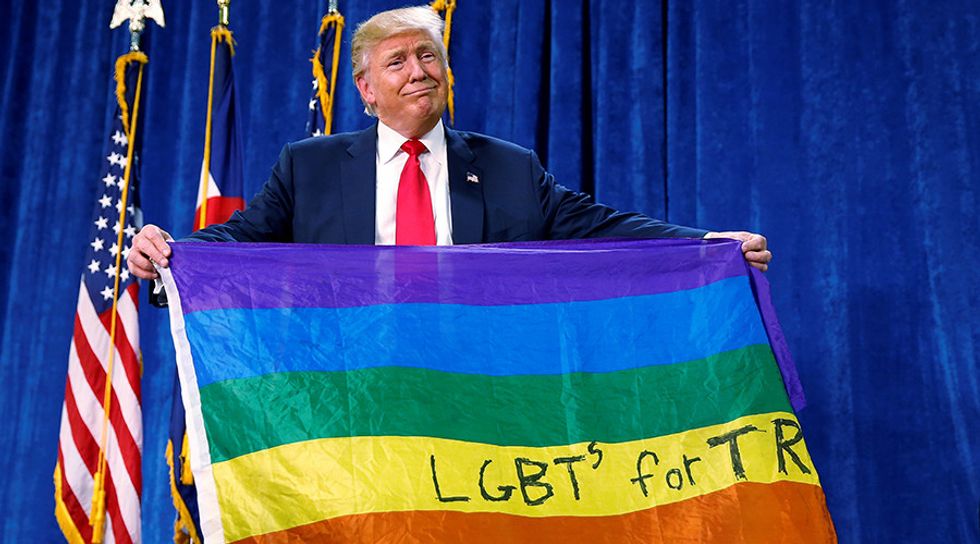 On July 26, Donald Trump tweeted his proposal for banning transgender service members from the U.S. military.

In response to those tweets, General Joseph Dunford, the Chairman of the Joint Chiefs of Staff, insisted that there would be “no modifications to the current policy” until the Pentagon had received and implemented new guidance on that proposed policy.

On Wednesday, The Wall St. Journal reported that Donald Trump's White House is preparing to issue that guidance in a 2 1/2 page memo, which will be sent to the Pentagon in the coming days.

According to WSJ, the guidance would:

Once implemented, this policy would reverse the Obama administration's lifting of the ban on transgender service, which was announced by then Defense Secretary Ash Carter last summer.

It's been reported that Trump's motivation for implementing the ban is to assuage House conservatives who refuse to vote for a budget that includes funds for medical care for the transition of transgender service members, which is considered medically necessary treatment.

That medical care would add just $8.4 million to the totalmedical costs of active duty service members, a little more than 0.1 percent of total medical care spending (or about 0.0014 percent of Trump's total defense budget proposal.) A study by the Palm Center estimates that the total cost of implementing the ban would be $960 million, or more than 100 times the estimated savings.

Reminder that discharging trans troops would cost more than 100x as much as providing health care coverage https://t.co/nkAfKK75w7
— Rewire.News (@Rewire.News) 1503579889.0

Critics were quick to slam this move.

It's estimated that between 12-15,000 transgender service members serve in the U.S. military.