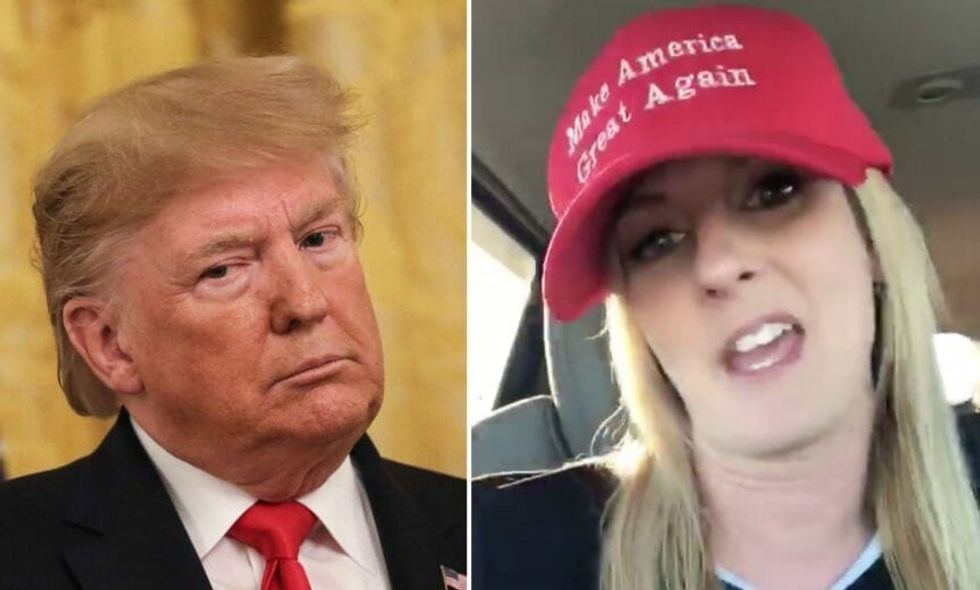 President Donald Trump set Twitter ablaze after announcing the #MAGACHALLENGE, a rap challenge encouraging his supporters to serenade him with supportive lyrics. Soon, the hashtag climbed to the top of Twitter's trending topics.

Trump promised that he'd announce the winners and arrange a meeting and performance with them at the White House. He didn't say when he'd announce or when the meeting would be.

I will be announcing the winners of the #MAGACHALLENGE and inviting them to the @WhiteHouse to meet with me and per… https://t.co/BpKkTvXcNu
— Donald J. Trump (@Donald J. Trump) 1573233577.0

As you might imagine, the hashtag was ripe for trolling, and soon, Trump's critics were responding with challenges of their own.

@realDonaldTrump @WhiteHouse How about instead of hosting some cheap and contrived #MAGACHALLENGE like some kind of… https://t.co/mKeLMitQTn
— Eugene Gu, MD (@Eugene Gu, MD) 1573234004.0

Apparently, #MAGACHALLENGE is this thing where U.S. citizens compete for the "honor" of being crowned the most wors… https://t.co/o7LCRFb9Y5
— Tami Burages (@Tami Burages) 1573236751.0

Unfortunately for Trump's devotees, his track record indicates that the winners of this contest won't get to go to the White House. In fact, they likely won't even be announced. As Judd Legum of the Popular Information newsletter reported, there's no evidence of anyone winning the 15 contests Trump has held promising the winner a meal with the President.