They keep on piling up. 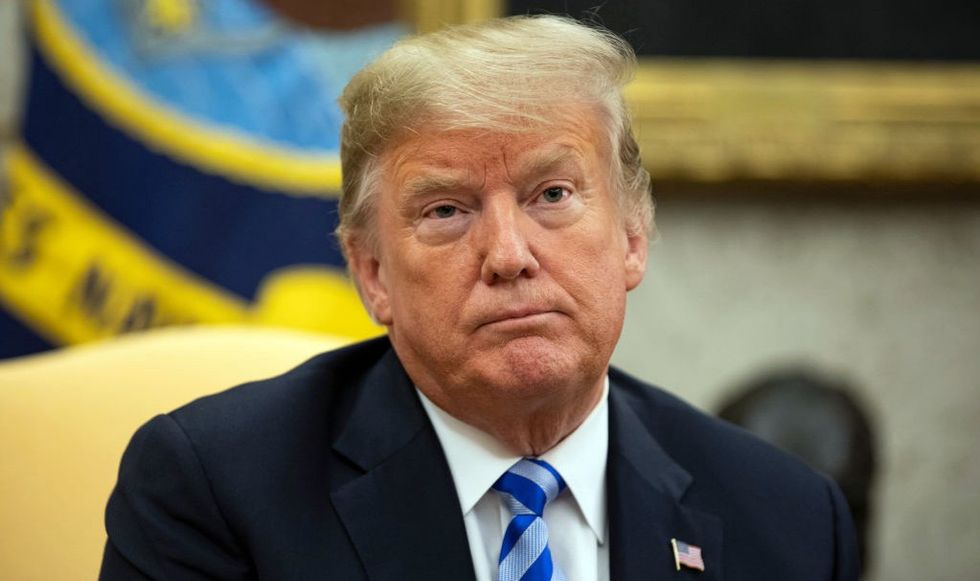 In July, the commission unanimously approved their petition and forwarded it to the District of Columbia Alcohol Beverage Control Board for review and judgment.

Their original and reinforced reason for seeking the license revocation?

According to the religious and federal court veterans, President Donald Trump lacks good moral character. And the civic leadership in Washington DC is not alone in that assessment of the President's character as the results of a recent Quinnipiac poll show.

While the job of President requires no test of character to assume the position, a liquor license in the District of Columbia does.

The original petition—signed and presented by the seven spiritual and judicial leaders—compiled in April stated:

"Donald Trump, the true and actual owner of the Trump International Hotel, is not a person of good character."

The Washington DC civic leaders provided examples to back their assertions and now wish to provide more. Their additional citations were accepted and addended to their petition before the liquor licensing board on September 6.

Much of it draws from recent legal woes of Trump organization and administration associates. The guilty plea by former Trump personal attorney and fixer Michael Cohen included the statement that then-candidate Trump ordered Cohen to make payments to at least two women during the presidential campaign to cover up alleged affairs.

They also cited the President's role in making false statements regarding a meeting between his son, Donald Trump Jr., and son-in-law, Jared Kushner, and at least one Russian government operative in Trump Tower in June 2016.

The story of the Trump Tower meeting changed numerous times from first disclosure until the parties, except the President, testified at a congressional hearing.

The tangled tale included a false official statement presented by Trump Jr. claiming the purpose of the meeting involved adoption. Eventually the story settled on the meeting being an attempt to gain damaging information from the Russians against Hillary Clinton and that Trump Sr. dictated the false statement while on a conference call on Air Force One.

Read the full addendum and their original petition at the end of this article.

By Washington DC statute, if the "true and actual owner of the establishment" lack "good character," the establishment's liquor license can be suspended or revoked by the DC Alcohol Beverage Control Board.

A hearing by the board slated for Wednesday, September 12, will be followed by a decision on Thursday. The board is comprised of local DC residents and things do not look good for his chances or retaining his liquor license.

President Trump garnered just 4 percent of the vote in the 2016 presidential election. Members of the board received their appointment from Democratic Mayor Muriel Bowser. Trump previously attacked Mayor Bowser on Twitter and in the press.

This petition regarding the Trump Organization's liquor license for Trump International Hotel—still issued in the President's name—is not the only problem the property faced.

The Attorneys General of Maryland and Washington DC and the Citizens for Responsibility and Ethics in Washington (CREW) filed suit against the President for emoluments clause violations regarding the same hotel. Trump ordered the Department of Justice to have the suit thrown out, but a federal judge ruled the lawsuit could proceed.

"[President Trump] continues to own, control and prosper from hundreds of businesses around the world. By accepting benefits from foreign and domestic government actors, the president is opening himself up to the type of foreign influence and corruption that the Constitution seeks to prevent."

More recently, Virginia Democratic Representative Gerald Connolly and CREW cited the President's intervention regarding FBI plans to vacate the J. Edgar Hoover Building on Pennsylvania Avenue and move to a larger more secure facility in Maryland or Virginia. They claim Trump became involved in the General Services Administration (GSA) deliberations because the move would hurt business at Trump International Hotel.

The President holds a 60 year lease with the GSA for the property that comprises Trump International Hotel. CREW and Representative Connolly claimed the GSA's decision to scrap the move after input from Trump points to a conflict of interest for both parties.

If the hearing fails to go his way, the President's property at 1100 Pennsylvania Avenue—Trump International Hotel, the White House is at 1600—must cease serving alcohol until a license is granted to a new applicant. But with most of the Trump Organization enmeshed in the Trump administration, who could that licensee be?

Read the full addendum to the original complaint below.

Third Supplement to Complaint by on Scribd

The original June petition can be read below.