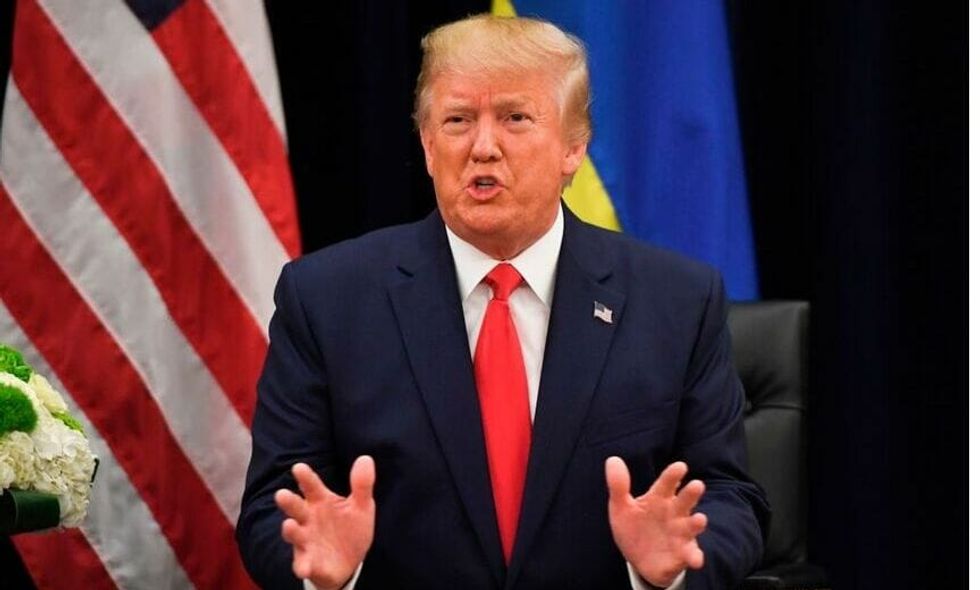 The plot continues to thicken in the saga of President Donald Trump's discussions with Ukrainian President Volodymyr Zelensky. Trump and company have conceded that the President urged Zelensky to investigate Trump's possible 2020 rival for President, former Vice President Joe Biden and his son, Hunter.

In a rough transcript of the July 25 conversation released Wednesday morning, which was further corroborated by the whistleblower complaint released on Thursday, Trump discusses military aid to Ukraine before asking Zelensky for a "favor": investigate the origins of the Mueller report, of the Democratic National Committee hack, and the business dealings of Biden's son.

Republicans insisted that—despite Trump asking for a favor immediately after discussing the aid—the transcript didn't prove that the investigations were a quid pro quo for the crucial aid package needed by Ukraine to defend its democracy from Russian forces, who invaded the country in 2014. Trump's allies falsely claimed that if there wasn't an explicit quid pro quo and Zelensky didn't feel pressured, then there was no reason to impeach.

Now, a Ukrainian anti-corruption advocate who advised Zelensky may have just brought the sycophants' spin to a stop.

Serhiy Leshchenko, a former advisor to President Zelensky, told ABC News that Zelensky and the entire Ukrainian administration had come to understand that discussing the Biden matter was a precondition to accelerating talks with the United States:

"It was clear that Trump will only have communications if they will discuss the Biden case. This issue was raised many times. I know that Ukrainian officials understood."

The claim stands in stark contrast with an assurance from a visibly flustered Zelensky duing a joint press conference with Trump at the United Nations General Assembly this week, in which the Ukrainian President said that Trump didn't "push" him. When asked if he felt pressured, Zelensky would not answer "no."

Leshchenko took Giuliani to task in a Washington Post op-ed after Giuliani called him an enemy to the United States.