And Trump won't be happy. 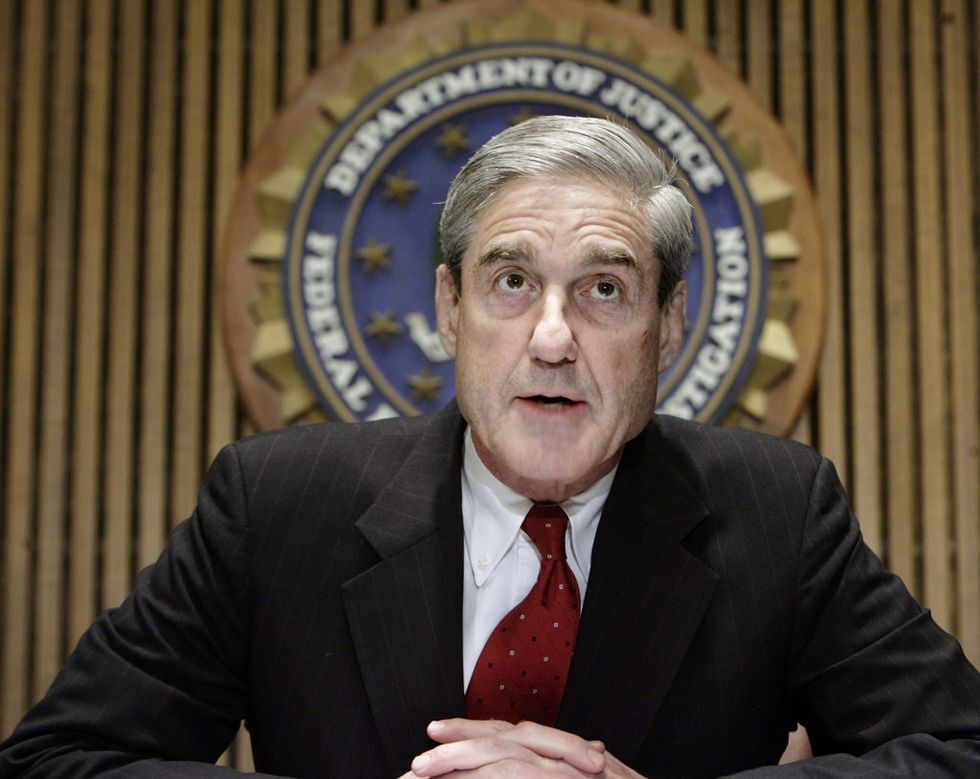 WASHINGTON - MARCH 09: F.B.I. Director Robert Mueller speaks at a news conference at the bureau's headquaters March 9, 2007 in Washington, DC. Mueller was responding to a report by the Justice Department inspector general that concluded the FBI had committed 22 violations in its collection of information through the use of national security letters. The letters, which the audit numbered at 47,000 in 2005, allow the agency to collect information like telephone, banking and e-mail records without a judicially approved subpoena. (Photo by Chip Somodevilla/Getty Images)

Another attempt to dismantle Special Counsel Robert Mueller's investigation into possible conspiracy between the Russian government and the campaign of President Donald Trump has been thwarted--this time by a Trump-appointed judge. Federal District Judge Dabney Friedrich ruled against Concord Management and Consulting, a Russian company under scrutiny for alleged efforts to sway American votes through deceptive social media platforms.

Concord Management and Consulting attempted to argue that the Special Counsel's case did not have standing in court because Robert Mueller was not appointed by the president or confirmed by a legislative body.

Friedrich wrote in his decision:

The appointment does not violate core separation-of-powers principles. Nor has the Special Counsel exceeded his authority under the appointment order by investigating and prosecuting Concord.

The ruling bolsters the legitimacy of the Special Counsel's investigation in the face of numerous attempts to discredit it.

Back in May, I wrote about how these arguments were part of a "confusing and confused new attack" on #Mueller:… https://t.co/zgAxMwHxzv
— Steve Vladeck (@Steve Vladeck) 1534167889.0

@realDonaldTrump Yet here you are airing your #dirtylaundry as a distraction from the court case that upheld a r… https://t.co/qWJADjdogu
— Patrick Schiller (@Patrick Schiller) 1534170835.0

The ruling comes at a crucial time when the Trump administration and its allies are escalating the fight to close the investigation.

Donald Trump's head lawyer and former New York City Mayor Rudy Giuliani has been making frequent rounds calling for the investigation to come to an abrupt close, recently stating that if the investigation proceeds past September, it would be in violation of a 60-day rule.

In reality, no such rule exists. While it is the custom of the United States Justice Department to refrain from going public with developments in ongoing investigations that might affect the outcome of an election, it is hardly a firm rule and one that does not mandate the cessation of an investigation all together.

However, many seem confident that Mueller is at least one step ahead of Trump's and his allies' attempts to halt the investigation.

Also proof once again that Mueller doesn't leak : He got these emails in August. Mueller is miles ahead of what is known publicly. Always.
— PostimusMaximus (@PostimusMaximus) 1513465006.0

Soon, the Trump team and the Special Counsel will sit down with Trump for an interview or it's possible Robert Mueller will make the bold choice to subpoena the president for questioning, resulting in a political showdown of epic proportions. Either way, it seems like both sides are gearing up for an investigation that, despite the Trump administration's efforts, won't be ending anytime soon.