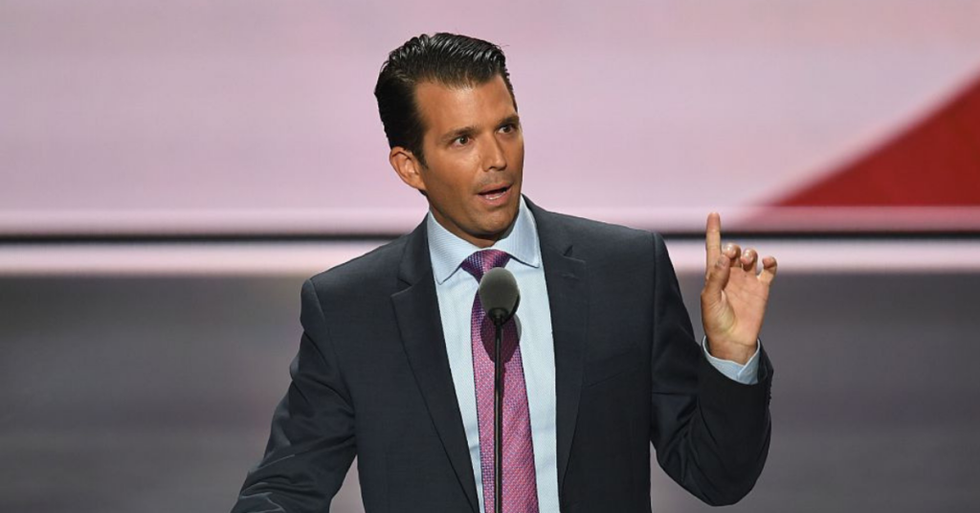 The bipartisan Senate Intelligence Committee has subpoenaed Donald Trump Jr. over testimony he previously gave Senate investigators in relation to the Russia investigation.

"We do not discuss the details of witness engagements with the Committee. Throughout the investigation, the Committee has reserved the right to recall witnesses for additional testimony as needed, as every witness and witness counsel has been made aware," a Senate Intelligence Committee spokesperson told Axios.

A source close to Trump Jr. told the same publication that Trump Jr. and the Senate Intelligence Committee "agreed from the very beginning that he would appear once to testify before the committee and would remain for as long as it took to answer all of their questions."

"He did that," the source added. "We're not sure why we're fighting with Republicans."

The Senate Intelligence Committee's move comes as questions arise about contradictory statements Trump Jr. gave regarding his knowledge of the proposed plans for the Trump Tower Moscow project, which was the focus of an explosive Buzzfeed News report alleging that President Donald Trump directed his former attorney and fixer Michael Cohen to lie to Congress. Trump Jr. testified before the Senate Judiciary Committee in September 2017 that he was only "peripherally aware" of plans for the project.

But Cohen's February testimony before the Senate Judiciary Committee disputes that narrative. Cohen testified that he had met with both Donald Trump Jr. and his sister, Ivanka Trump, "approximately 10" times to brief them about the plan.

This is the first known subpoena of one of President Trump's children and was announced just moments after the House Judiciary Committee voted to hold Attorney General William Barr in contempt of Congress for failing to turn over Special Counsel Robert Mueller's unredacted report.

Quite telling, it seems, that the Republican chair of this committee had to subpoena Trump Jr. to appear. https://t.co/bhngxwqg7z
— Jessica Huseman (@Jessica Huseman) 1557346822.0

Neither Alan Futerfas, an attorney for Trump Jr., nor the Trump Organization, which Trump Jr. runs with his brother Eric responded to requests for comment.

President Trump has repeatedly denied ever conducting business with Russia and has said that he did not conduct any transactions with Russian oligarchs before or during his campaign. He has over the last few weeks directed White House officials not to comply with Congressional subpoenas and earlier today asserted executive privilege over the Mueller report and all underlying evidence.