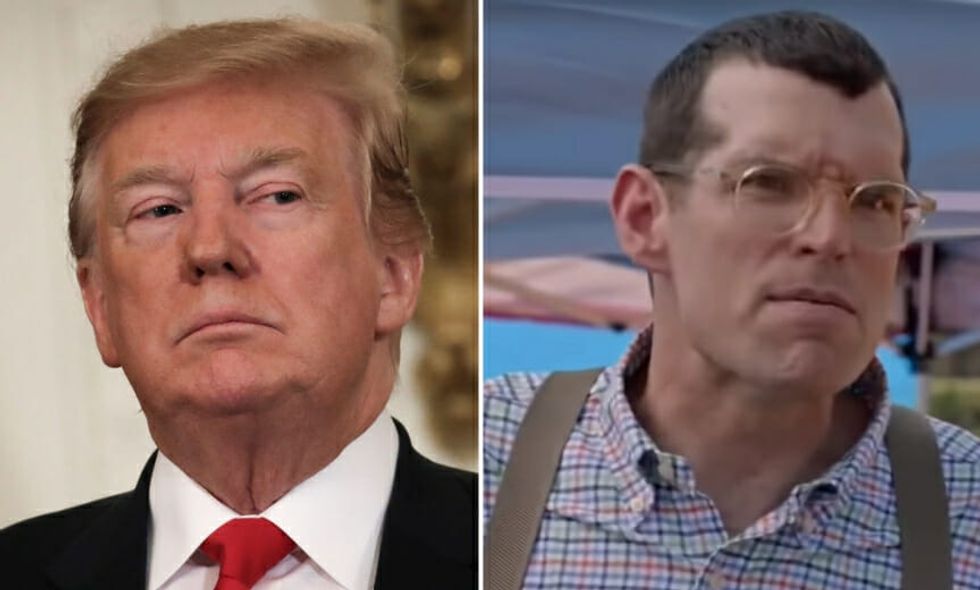 This article may contain spoilers.

To some, HBO's hit show Veep—now approaching its series finale—is no longer funny. It's not that the show has declined; the writing is still daring as ever, the characters carry the same ineptitude, and star Julia Louis-Dreyfus as vice president turned president turned private citizen turned presidential candidate hasn't lost an ounce of the comedic genius she brings to every role.

Veep stopped being funny because the show—with its dangerously inept lawmakers and their soulless staffers—feels exponentially more real than when it debuted at the beginning of former President Barack Obama's second term.

New Day played the disturbing footage from the rally in which a Trump supporter called for shooting immigrants, to which Trump laughingly responded, "That's only in the Panhandle you can get away with that statement."

In Jonah Ryan's rally, someone also calls for killing immigrants, to which Ryan responds: "Yeah. Well we don't have to kill all of them..."

Berman laughed incredulously at the similarities.

"It just struck me as I was watching the rally, and I'm not laughing at what happened at the rally last night with the president, but Veep was shot months ago and there's almost no discernible difference between the events."

Others agreed, disturbed at the way life is imitating art.

There were some differences, however.