Trump's Yuuge Cuba Problem: He Broke Federal Law, Then Lied To Cuban Supporters About It 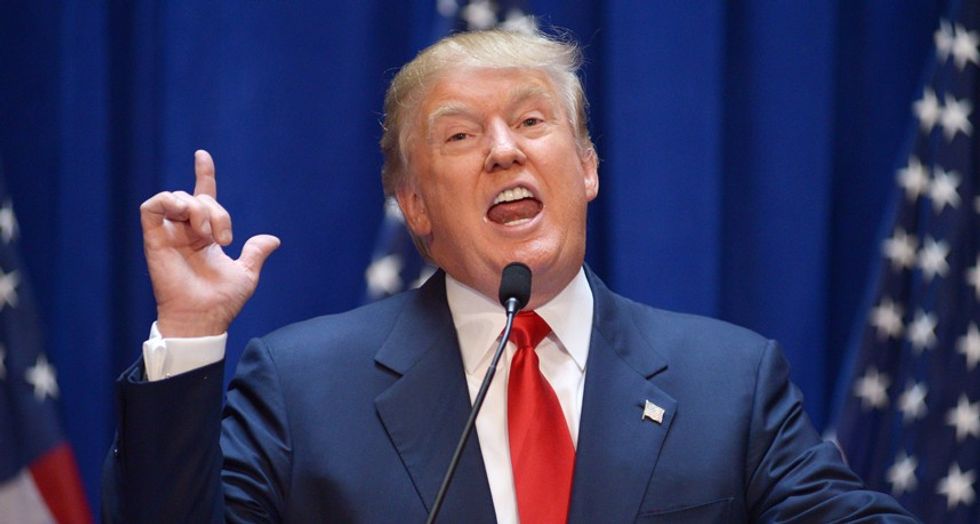 An investigative report published in Newsweek reveals that Donald Trump illegally conducted business in communist Cuba in a direct violation of a decades-long American embargo. The report suggests that the Republican presidential nominee knowingly circumvented the law. The goal of the trip, a former Trump executive says, was to give Trump’s company a “foothold” should Washington loosen––if not end––trade restrictions.

Internal company records and court filings show that the then-Trump Hotels & Casino Resorts Inc. spent at least $68,000 in 1998 for corporate expenditures in Cuba at a time when the U.S. government prohibited such expenditures without prior approval. The manner in which the money changed hands was also suspect. Executives funneled the money for the trip through the Seven Arrows Investment and Development Corporation, an American consulting firm. Under the firm’s instruction, senior officers linked these expenditures to a later charitable effort, to give the appearance of legality.

At the time, the U.S. government granted permission for Americans to travel to Cuba for a limited number of purposes. Neither Americans nor American companies could spend money in Cuba. The U.S. government’s regulations required a foreign charity or similar sponsoring entity to pay all expenses, including travel. Trade experts say that Trump Hotels would have been in violation of federal law for not having obtained a license from the federal Office of Foreign Assets Control (OFAC) before the consultants went to Cuba.

OFAC officials say there is no record the agency ever granted Trump Hotels a license to conduct business in Cuba. Though they cautioned that many documents from the time have since been destroyed, an OFAC official who agreed to discuss approval procedures under the condition of anonymity said the likelihood the agency wouldgrant a license for work on behalf of an American casino is “essentially zero.” A former Trump executive independently confirmed that the company did not obtain government approval before the trip. Documents show that the executives involved were still discussing the need for a license after they had already taken the trip.

Trump Hotels would not be immune from corporate liability, says Richard Matheny, chair of Goodwin’s national security and foreign trade regulation group, even if Seven Arrows had spent the money and received a reimbursement. “The money that the Trump company paid to the consultant is money that a Cuban national has an interest in and was spent on an understanding it would be reimbursed,” he said. “That would be illegal. If OFAC discovered this and found there was evidence of willful misconduct, they could have made a referral to the Department of Justice.”

Trump Hotel’s payments came just before Trump launched his first bid for the presidency with the Reform Party. Trump traveled to Miami his first day on the campaign trail to speak to Cuban-Americans––a demographic largely opposed to Castro’s regime––who are a critical voting bloc in the state of Florida. Trump promised to maintain the American trade ban and never to spend any of his money in Cuba until Fidel Castro was removed from power.

“As you know—and the people in this room know better than anyone—putting money and investing money in Cuba right now doesn’t go to the people of Cuba,’’ Trump said at the time. “It goes to Fidel Castro. He’s a murderer. He’s

a killer. He’s a bad guy in every respect, and, frankly, the embargo must stand if for no other reason than, if it does stand, he will come down.”

Trump Hotels had already reimbursed its consultants for the money they spent on their illegal business trip seven months earlier. Seven Arrows submitted a bill to Trump Hotels in February 1999 for $68,551.88 it had “incurred prior to and including a trip to Cuba on behalf of Trump Hotels & Casino Resorts Inc.”

The opportunity for Trump Hotels to capitalize on Cuban investments was several years in the making.

The American embargo had a significant impact on Cuba’s economic decline after the collapse of the Soviet Union ended its oil subsidies. In 1996, Congress passed the Helms-Burton Act, which extended the embargo and codified it into law. Before the act, Castro was forced to print money to cover Cuba’s government deficits. The law gutted Cuba’s financial options, so it began making attempts to secure overseas investments to remodel its tourism industry and other businesses. In 1998, President Bill Clinton announced several changes in policy. These changes included resuming charter flights between the United States and Cuba for authorized Americans and allowing Cubans in the United States to send money to relatives still living on the island. The U.S. government’s restrictions on Americans and American companies spending their money in Cuba were still in place, however.

Trump Hotel’s filings with the Securities Exchange Commission show it lost $39.7 million in 1998 alone, the same year Clinton announced his policy changes. The company needed to find new business partners to increase its profits, so it assigned Seven Arrows to the task.

Trump Hotels also paid the consulting firm to orchestrate a deal with the Seminole Tribe of Florida to build a casino. At the time, the Florida legislature and Florida’s governor opposed gambling in the state. Trump then authorized the “Gaming Project,” a plan to persuade politicians to allow gambling in the state. But changing the law would require significant campaign contributions. According to the plan, “the executive and legislative branches of Florida government are driven by many influences, the most meaningful of which lies in campaign giving.” To sway the Florida legislature, the plan recommends contributing to “leadership accounts” maintained by state political parties because giving to individual lawmakers is not “where the big bucks go and the real influence is negotiated.”

Documents show Seven Arrows incurred $38,996.32 on its work. A former Trump executive could not offer any explanation why the amount spent on arranging the casino deal––its primary assignment––was less than the Cuba venture.

There is a low to zero likelihood of criminal prosecution for the Cuba dealings due to the expiry of the statute of limitations. The larger question is whether his dealings with Cuba and his boldface lie about them will impact Trump's reputation with Cuban Americans, an important demographic in the critical swing state of Florida.