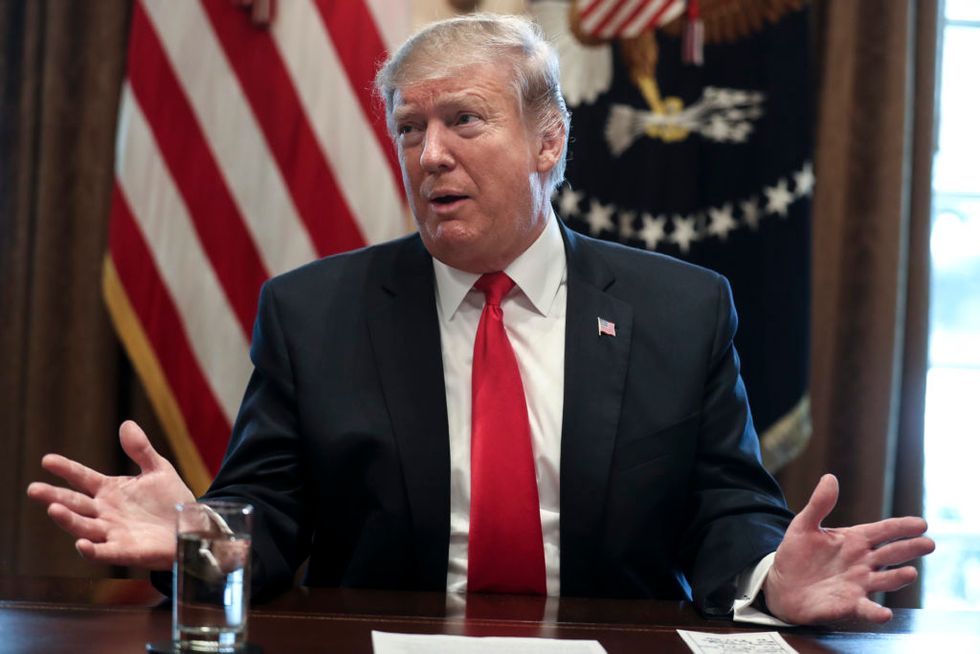 WASHINGTON, DC - FEBRUARY 1: President Donald Trump speaks during a meeting to discuss fighting human trafficking on the southern border in the Cabinet Room on February 1, 2019. (Photo by Oliver Contreras/For The Washington Post via Getty Images)

Since then, however, we have not received any specifics about Trump's health, only that "reports and recommendations are being finalized."

So on Tuesday, Dr. Jonathan Reiner, who had served as Vice President Dick Cheney's longtime cardiologist, asked on Twitter:

"What are they hiding?"

It’s been 4 days since the president underwent his annual physical exam and still no data has been released. What a… https://t.co/bZkQQyMjr1
— Jonathan Reiner (@Jonathan Reiner) 1549980668.0

This tweet was a follow up to tweets Reiner had posted last week, expressing his skepticism about the release of such a limited statement.

The White House waits for the end of the day on Fri to release no objective data concerning the president’s health.… https://t.co/wr1kVDONaZ
— Jonathan Reiner (@Jonathan Reiner) 1549667323.0

Reiner concluded that "there's obviously data this pt doesn't like."

And even hazarded their own guesses as to what the White House might be hiding:

Reiner's right to ask, of course. Harold Bornstein, the doctor who performed Trump's 2014 physical examination released a glowing report about the then-presidential candidate's health. Four years later, Bornstein admitted that the report hadn't been written by him, but by Trump himself.

Some have speculated that Trump even contributed to Conley's February 8th statement on his health, since the doctor explained in Trumpian fashion that Trump expected to "remain [in very good health] for the duration of his presidency, and beyond."

If Trump is, indeed, the picture of good health, why haven't we seen the data? It certainly makes one wonder what else is in that report.