The U.S. Budget Deficit Is Going to Hit $1 Trillion Way Earlier Than Expected for Exactly the Reason You Think 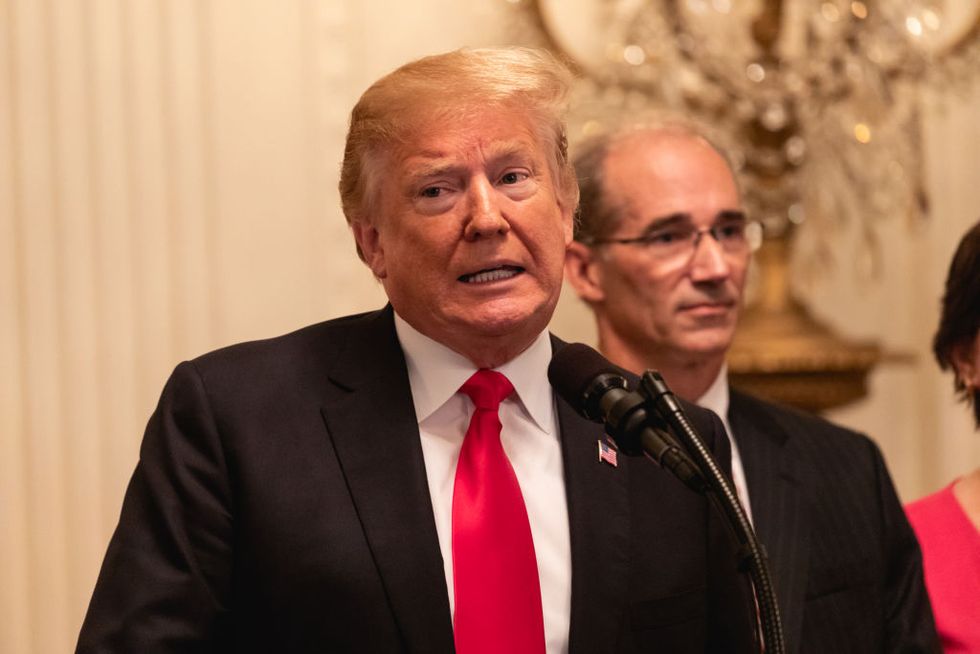 A new report from the nonpartisan Congressional Budget Office indicates that the federal deficit has increased to $895 billion 11 months into the 2018 fiscal year (which ends on September 30), a $222 billion increase over the deficit this time last year.

According to Think Progress, that puts us on track to hit $1 trillion by the end of the fiscal year, two years earlier than expected.

Perhaps unsurprisingly, the nonpartisan CBO said the growth was largely due to the Republican tax law that took effect this year, as well as to general spending increases. This fiscal year, outlays grew by seven percent, while revenue only grew by one.

You've got a kind of perfect storm here. You've got more spending. You've got less revenue. And the deficit is just getting bigger and bigger, to the point where it will be at least a trillion dollars every year during the Trump administration and beyond."

It didn't take the CBO's confirmation to know that the ballooning was due to Republican economic policies pushed by President Donald Trump.

Sadly, this shouldn't come as a surprise. Numerous economists saw this coming.

The Republican tax law slashed corporate tax rates by thirty percent, as well as giving the top one percent of earners 83 percent of the tax cuts in the bill.

Now, Republicans are gearing up for another round.

On Monday, Republican lawmakers released another round of tax cuts that are projected to add approximately two million dollars to the already bloated federal deficit.

The plan includes cuts to estate taxes for some of America's wealthiest families and expands individual tax cuts which are expected to last until 2025.

As Democrats criticize the bill for its leniency on corporations and billionaires, Republicans are scrambling to emphasize the individual tax cuts, uncertain of their legislative control ahead of the unpredictable 2018 midterm elections.

Needless to say, the Democrats are mobilizing against this effort.

When it comes to health care, education, protecting our environment and rebuilding our infrastructure, Republicans… https://t.co/9gP4DbTdBV
— Bernie Sanders (@Bernie Sanders) 1536698869.0

Once again, the @HouseGOP proves they are obsessed with giving handouts to the top 1 percent, while leaving America… https://t.co/n6Ew6hcdQh
— Nancy Pelosi (@Nancy Pelosi) 1536694229.0

.@SpeakerRyan & @realDonaldTrump are doubling down on their giveaways to corporations and the wealthy, and they kee… https://t.co/9OMpAAaQqk
— Rep. Mark Pocan (@Rep. Mark Pocan) 1536703500.0

With the deficit growing even more rapidly than expected, the 2018 midterms are all the more crucial.