A New Poll Claims A Third of African Americans Support Trump, But Don't Believe Everything You Read 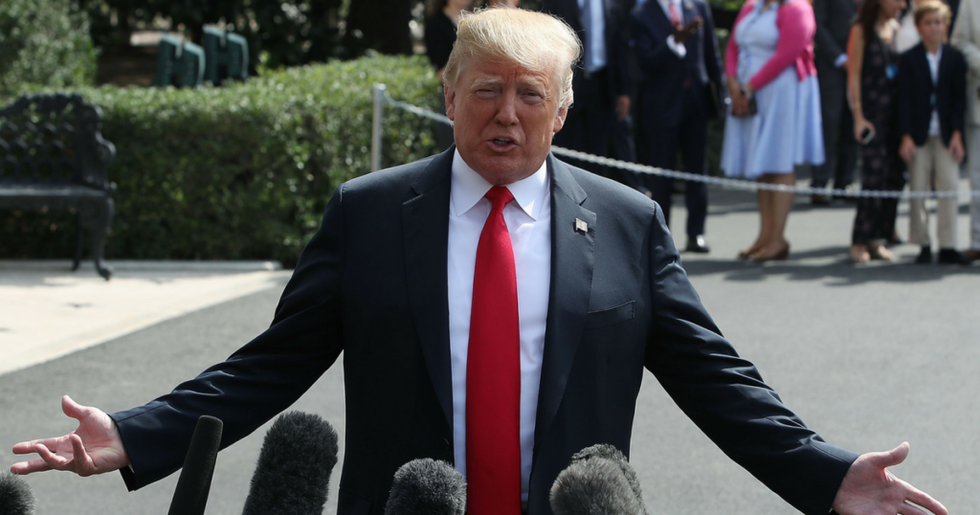 Earlier this week, President Donald Trump retweeted a Rasmussen poll claiming that Trump has a 36 percent approval rating among African-Americans. Here's why it's wrong.

A deeper analysis indicates that these numbers are an "outlier" and that the president is grossly overinflating his levels of support among black Americans, especially considering that Trump has been accused of using racial slurs and that he only earned eight percent of the black vote in 2016.

The Washington Post explained on Friday why the Rasmussen poll is inaccurate.

"Polling firms that have interviewed far more African Americans, and that are much more transparent than Rasmussen," the Post wrote, "all show that Trump’s black approval rating is much lower than 36 percent."

Similarly, the polling firm Civiqs, which has interviewed more than 140,000 respondents in 2017 and 2018 suggests that Trump’s black approval rating has consistently been in the single-digits throughout his presidency.

Here's what other pollsters have found.

Gallup has interviewed scores of African-Americans since the election and support for the president has remained steady - around 15 percent - over the last two years.

Between February and August of 2017, Ipsos/Reuters polling indicated Trump's support among blacks has hovered in the low teens, with only 12.8 percent approval as of July.

In June, a Pew Research poll showed Trump with a 14 percent approval among African-Americans.

Similar abysmal approval numbers were indicated by an August 15 Quinnipiac survey, which found that only nine percent of black Americans hold a positive view of the President.

Interestingly, an August survey from the NAACP gave Trump some of his highest approval numbers, with 21 percent of African-Americans saying they approve of the job Trump is doing.

Based on the data, however, Trump is overexaggerating his African-American support. Bigly.

"One more lie." Perhaps not a lie, but a tenuous stretch of the truth.

Sometimes it seems that Trump believes this.

@Rasmussen_Poll @realDonaldTrump @POTUS Trump is the best! This isn’t very well known, but he was actually born as… https://t.co/ybhIJ5tRqf
— Michael Nagy (@Michael Nagy) 1534434525.0

"People can make up statistics." Or they can cite the outlier, either way, it's faulty data.

At the end of the day, though, 36 percent approval in any demographic isn't something to be proud of - especially when the reality is less than half that.