Trump's Latest Tweet About the Election Throws Gas on the Fire 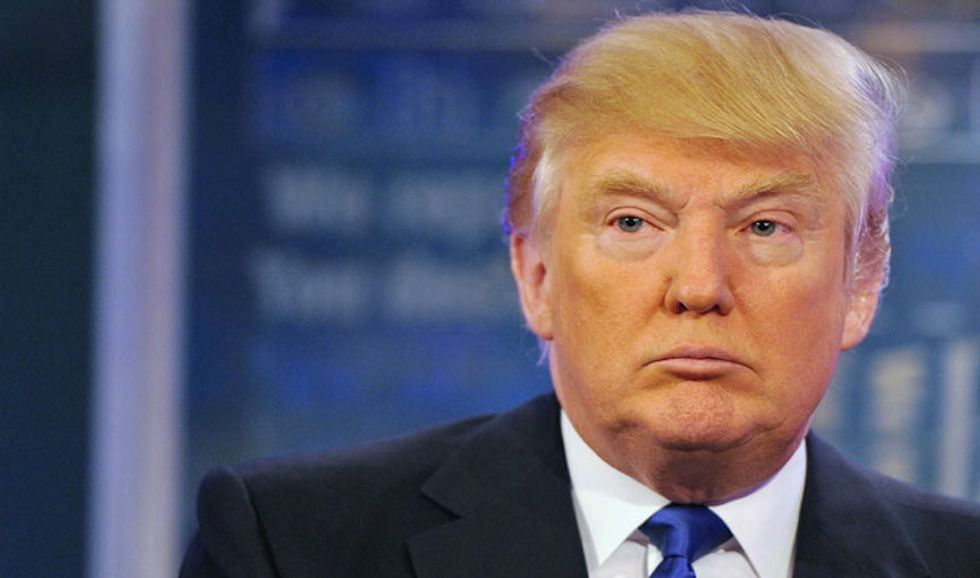 President-elect Donald Trump made an outrageous and, experts agree, wholly false claim on Twitter yesterday evening that "millions of votes were cast illegally, ironically casting doubt upon the legitimacy of the election he supposedly won.

Election law experts were quick to reject Trump's claim. "There's no reason to believe this is true," said Rick Hasen, a professor of election law at University of California, Irvine. "The level of fraud in US elections is quite low." In fact, Hasen noted, the number of non-citizens who vote is "quite small--like we're talking claims in the dozens, we're not talking voting in the millions, or thousands, or even the hundreds."

Another expert, David Becker, executive director of the Center for Election Innovation & Research and a former senior trial attorney in the Voting Section of the Dept. of Justice's Civil Rights Division, also agreed widespread election fraud is unlikely. "We know historically that this almost never happens," he said. "You're more likely to get eaten by a shark that simultaneously gets hit by lightning than to find a non-citizen voting."

According to an advisor who spoke to reporters on condition of anonymity, Trump believes "that the Democratic establishment will try to steal" his victory and wants to hold the party accountable. Another source close to the president-elect said that Trump was angered by Green Party candidate Jill Stein's calls for a recount in the state of Wisconsin and lashed out.

Stein launched the effort to ensure election integrity based on a report from New York magazine that said a group of prominent computer scientists and election lawyers are urging Hillary Clinton's campaign to call for a recount of vote totals in Wisconsin, Michigan, and Pennsylvania. The scientists said that they'd found persuasive evidence that results in those three states may have been manipulated or hacked and presented their findings to top Clinton aides in a conference all on November 17. The Clinton campaign has since announced it will participate in the recount efforts.

The timing of Trump's tweet is also suspect––it shifted attention away from an investigative report published in the New York Times the same day exposing the intricacies of his many conflicts of interest around the globe.

The claims of voter fraud appear to have originated from conspiracy website Infowars.com, whose founder, radio host Alex Jones, has received criticism for promoting unsubstantiated, often bizarre conspiracy theories including that the 2012 Sandy Hook Elementary Shooting in Newton, Connecticut, which resulted in the death of 20 children, was a hoax. (Trump spoke to Jones personally days after his election win to thank him for his support.)

Phillips has declined to provide any evidence to support his claim but tweeted yesterday evening that a "comprehensive research study" is in the works.

"He said he has chosen not to release more information because he is still working on analyzing the data and verifying its accuracy, PundiFact reported. “Phillips would also not say what the data is or where it came from,

or what methodology he used.”

Hillary Clinton, Trump's Democratic opponent, currently leads Trump in the popular vote by more than 2 million votes, but that didn't stop Trump from claiming he won the popular vote. The president-elect cited a 2014 Washington Postblog in which the authors of a study estimated that “6.4 percent of non-citizens voted in 2008 and 2.2 percent of non-citizens voted in 2010.” Election experts scrutinized the study and earlier this year, an analyst told factcheck.org that the study's findings are "entirely due to measurement error."

Presidential historians have also weighed in on Trump's statements, and have expressed concern that the president elect's claim will undermine his authority on other matters.

“Trump is the first winning candidate to question the legitimacy of the process that gave him the White House,” said Timothy Naftali, a history professor at New York University.

Julian Zelizer, a Princeton historian, noted that in 1876, both candidates––Democrat Samuel J. Tilden and Republican Rutherford B. Hayes––alleged the election was compromised by election fraud. “But in that case, there was evidence of fraud and corruption in certain areas,” he wrote in an email to Politico. (Hayes ascended to the presidency following one of the most volatile elections in American history. Hayes lost the popular vote to Tilden but won a contested electoral college vote after a Congressional commission awarded him twenty contested electoral votes. The Compromise of 1877 was the result: Democrats agreed to accept the election outcome with the understanding that Hayes would end military involvement in the South, effectively ending the Reconstruction era.)

"Trump has lost the thread of his own argument," wrote Vox's Ezra Klein, who said that in claiming the recount efforts would only result in the Green Party lining its "coffers," Trump "undermined" himself. "If Democrats worry the votes were miscounted, and the president-elect believes that millions of people voted fraudulently," Klein wrote, "then it’s clear we need a recount to restore faith in the outcome of the election.

It's "unnerving that the president-elect can’t restrain himself from making a bad situation worse on Twitter," Klein continued or even hold himself to the logic of the argument he intended to make and the outcome he wanted to achieve. Moreover, Trump's tweets are an "example of his most dangerous quality: his tendency to mobilize against a threatening, sometimes imaginary Other whenever he himself is under siege. There is no evidence of significant voter fraud from this election. But Trump is telling his supporters that voting fraud did in fact happen, and that they should therefore worry that their political power will be overwhelmed by illegal voters."

Trump is no stranger to pushing debunked conspiracy theories. In the past, Trump has perpetuated the long-standing rumors and conspiracy theories that have accused President Barack Obama himself of not being an American citizen, despite incontrovertible evidence to the contrary. A lot of the news Trump tweets to his followers are later traced back to pro-Trump conspiracy theory websites, says Klein, and the "problem" with the president-elect "isn’t the lies he tells as much as it’s the information he chooses to believe."