Chris Christie Just Told Trump That He Doesn't Want to Be His Chief of Staff, and Now Everyone's Making the Same Joke 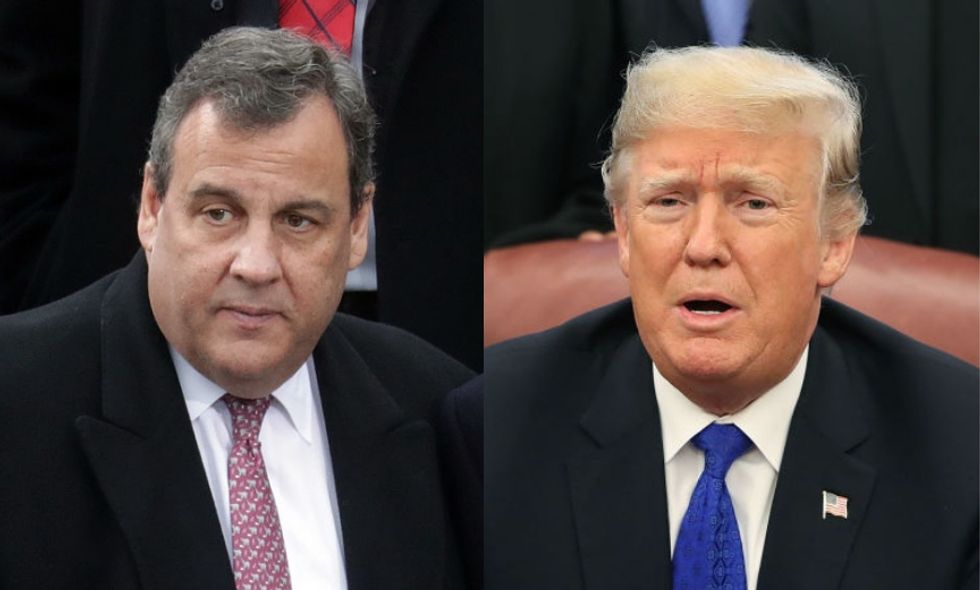 The Trump administration is scouring for Chief of Staff candidates again after yet another candidate withdrew his name from consideration to replace outgoing Chief of Staff John Kelly, who submitted his resignation earlier this month. In the meantime, Trump has named budget director Mick Mulvaney as acting Chief of Staff.

Former New Jersey Governor Chris Christie (R) met with President Donald Trump to discuss the possibility of taking over the position, but now Christie has made clear that he's asked the President to remove him from consideration.

“It’s an honor to have the President consider me as he looks to choose a new White House chief-of-staff. However, I’ve told the President that now is not the right time for me or my family to undertake this serious assignment. As a result, I have asked not to be considered for this post.”

The news comes after Vice President Mike Pence's Chief of Staff Nick Ayers turned down the position, reportedly sending the Trump administration into a frenzied search for a new replacement.

With Christie out of the running, Americans are making similar observations.

@realDonaldTrump 3 chiefs of staff in just 2 years… no wonder you can't get anything accomplished. Even Chris Christie turned you down!
— William LeGate (@William LeGate) 1544826144.0

It may have been forgotten in the continuous chaos of the 2016 election, but Chris Christie went from being Donald Trump's rival for the 2016 Republican Presidential nomination to being the first mainstream politician to endorse his candidacy. His subsequent campaign efforts for then-candidate Trump resulted in no permanent White House position after much buzz that he was first in line for the Vice Presidency. Christie's efforts only resulted in a brief stint as the head of Trump's transition team, but he was forced out of that as well. The antics earned him a perception as Trump's lapdog.

But not this time.

That Christie was a top candidate for the position went widely public the day before he announced that he'd taken his name out of the running. Many saw the move as Christie's final revenge on the candidate who put a stopper to his political ascent.

Chris Christie humiliates trump and turns him down for chief of staff. Ouch. Christie got his revenge for the vp snub.
— Bill Janis (@Bill Janis) 1544811924.0

Now, the Trump administration is back at the drawing board, and Twitter users can't get enough of the Schadenfreude.

But at least they're offering suggestions.

It looks like Trump is running out of options. Soon, qualifications may be an afterthought as the question of "Who wants to work in the White House?" goes more unanswered than ever has before.