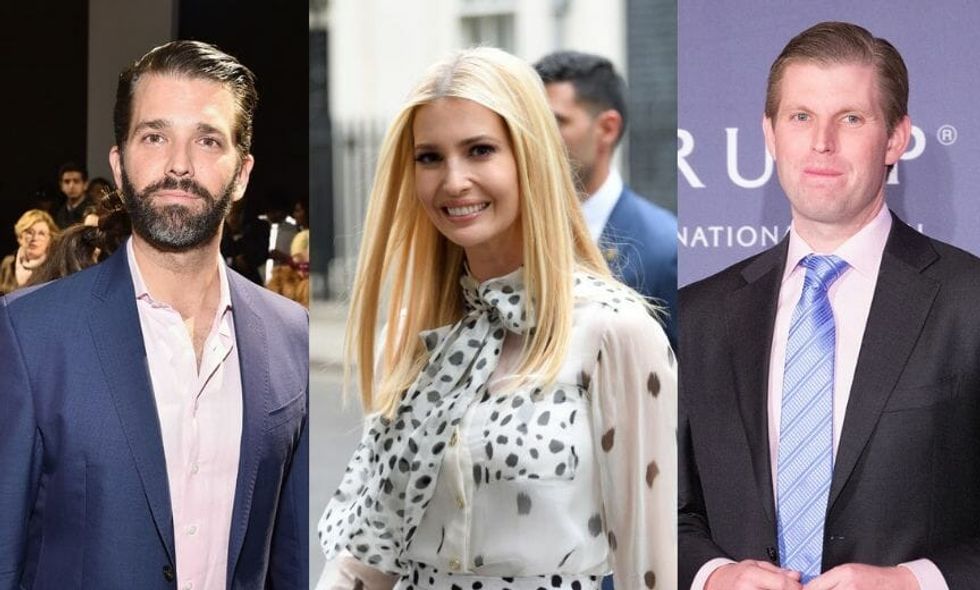 Few have shown more unquestioning loyalty to their father than the children of President Donald Trump. Most visibly, these are Donald Trump Jr., Ivanka Trump, and Eric Trump. They stump for him at rallies, handle his businesses, and—most startlingly—meet with world leaders in his stead on occasion.

Now, the president appears to be using his children to maximize one of his other loves: money.

In other words, the Trump campaign is running three ads with the same copy, but a different picture for each.

And even one of Eric.

This isn't because the Trump campaign values each of its leader's children equally. In fact, it's quite the opposite. It's to see which ad makes the most money and, in turn, to determine which of Trump's spawn is the most valuable.

And while we don't know who will end up making their dad the most money, people have a good idea of who will finish in third place.

If you know anything about how digital advertising works, this is extraordinary. Trump will soon have metrics on w… https://t.co/4fyg4fZFpr
— Dan Lavoie (@Dan Lavoie) 1561654608.0