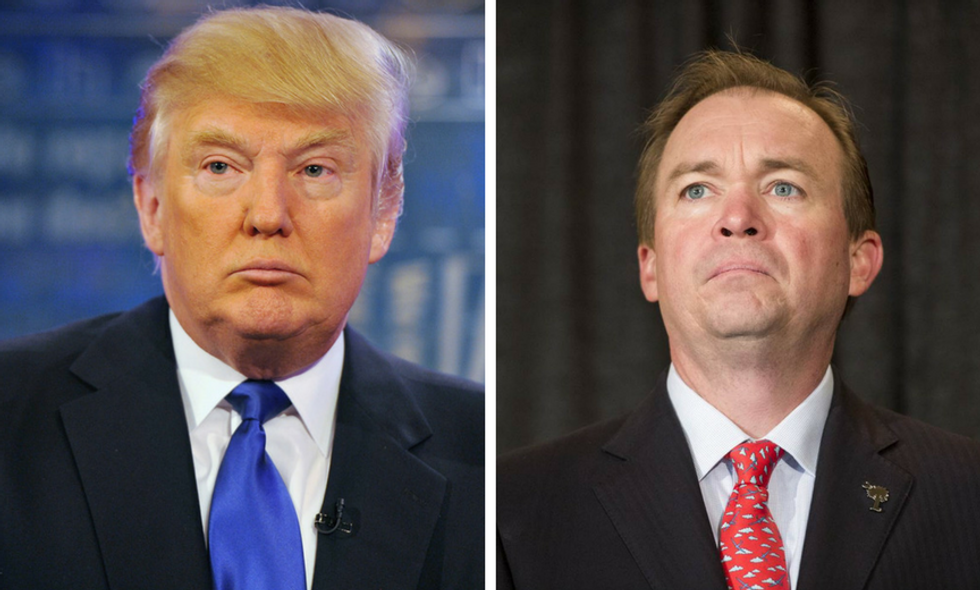 President Trump released his 2018 budget plan on Tuesday, which calls for $4.1 trillion in spending and includes massive cuts to social programs, reflecting the priorities laid out in his budget proposal released in March.

As former Treasury Secretary Lawrence Summers put it on Twitter:

Trump's budget director Mick Mulvaney addressed the double count at a press conference and claimed it wasn't an error at all.

"We did [the double count] on purpose... I'm aware of the criticisms and would simply come back and say there's other places where we were probably overly conservative in our accounting. We stand by the numbers."

He also insisted this was just "a preliminary document that will be refined."

The good news for those on receiving end of Trump's budget cuts is that this all may be moot, as it appears the budget will likely be dead on arrival in Congress.

Senate minority leader Chuck Schumer took to the Senate floor to say “Based on what we know about this budget, the good news — the only good news — is that it was likely to be roundly rejected by members of both parties here in the Senate, just as the last budget was.”

A sentiment confirmed by Senator Lindsey Graham, who remarked: "If we implemented this budget, you'd have to retreat from the world or put a lot of people at risk. This budget is not going to go anywhere."