After Trump Says He's 'Building a Wall in Colorado,' Democratic Senator Ingeniously Redraws U.S. Map to Make It So 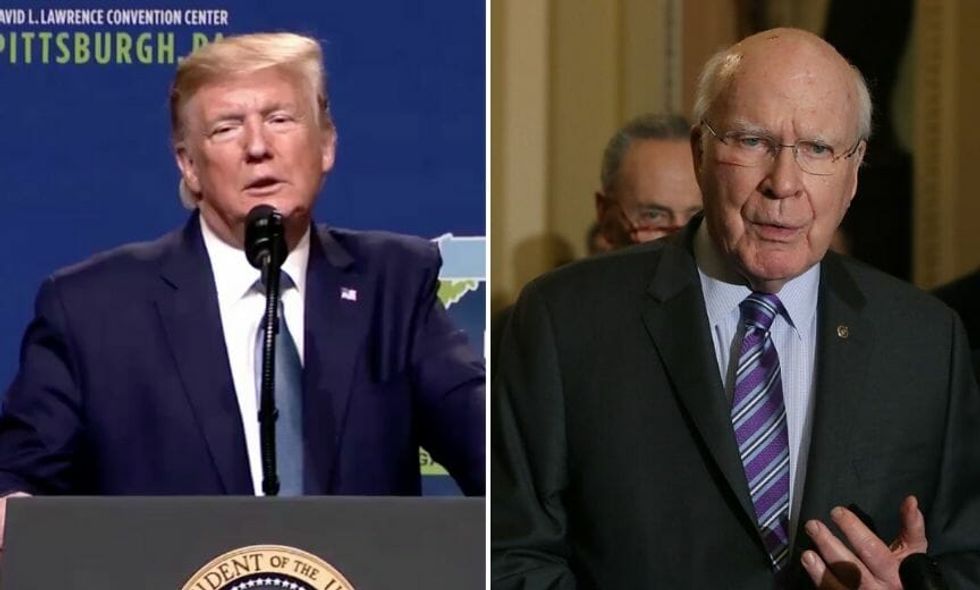 The rambling speech lasted a little over an hour, with Trump predictably railing against witch hunts and Senator Mitt Romney (R-UT). One claim, however, stood out when the President brought up his long-sought wall at the southern border.

Video of President Trump saying he is building a wall in Colorado. Presumably this is a mistake. https://t.co/pydocFWIJo
— Joe St. George (@Joe St. George) 1571864519.0

Trump bragged about building an impenetrable wall in Colorado.

But Democratic Senator from Vermont, Patrick Leahy, wasted no time in trolling Trump over the gaffe.

Leahy redrew a United States map to include New Mexico as a part of Mexico, thereby making Colorado a border state and Trump's comment correct. A sharpie sits in the corner, just barely visible on the screen.

Edited with permanent marker, the map alludes to Trump's redrawing of an official weather forecast with Sharpie last month in an effort to vindicate his claims that Hurricane Dorian would hit Alabama, despite weather officials saying it wouldn't.

People got the joke.

Some thought Trump was just confusing New Mexico with Mexico.

@SenatorLeahy As much as the president would like to pretend that New Mexico is not part of the country because we… https://t.co/ZBWwic28ps
— Nicole Sexton (@Nicole Sexton) 1571869591.0