People Are Sharing All the Things President Obama Was Better At Than Trump, and It's So On Point It Hurts 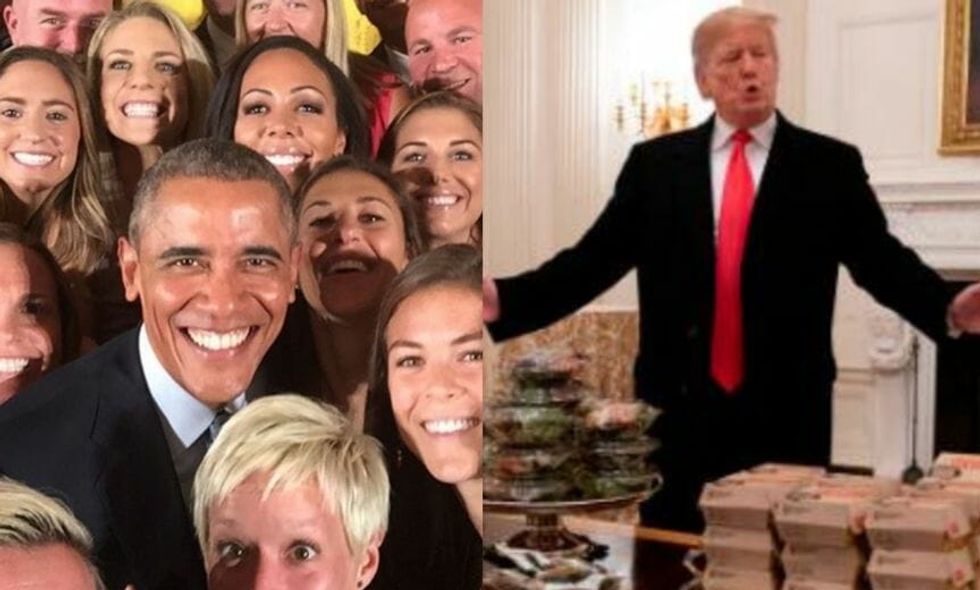 With President Donald Trump being openly racist on Twitter, telling a record number of lies to the American people, and railing against his perceived enemies in nearly every speech, people have begun longing for better days.

And though Trump can't seem to make it five minutes without blaming former President Barack Obama for practically everything under the sun, Twitter users have gotten so nostalgic, #ObamaWasBetterAt is trending on Twitter.

It turns out Obama was better at everything from policy to umbrellas.

#ObamaWasBetterAt not getting punked by Kim Jong Un with giant letters that make a man look small. https://t.co/16t0g1nSOR
— Brickhouse (@Brickhouse) 1563277137.0

Some of the tweets were clearly designed to spark Trump's temper.

#ObamaWasBetterAt showing his wife some love and respect instead of ignoring her. https://t.co/x11TxXpPYm
— Sophie (@Sophie) 1563274181.0

Other qualities were directly relevant to being an effective president.

#ObamaWasBetterAt genuinely caring for all people while also leading, championing, and defending our nation with a… https://t.co/iihpIlBq6h
— Mattison (@Mattison) 1563277211.0

#ObamaWasBetterAt bringing us together instead of dividing us like we the citizens are some game to be played.
— Angel (@Angel) 1563261699.0

And when it comes down to it, Obama many considered Obama better at everything.