CNN Just Counted the Number of Trump Associates Who Had Contact With Russians During the 2016 Campaign and, Yeah, That's a Lot 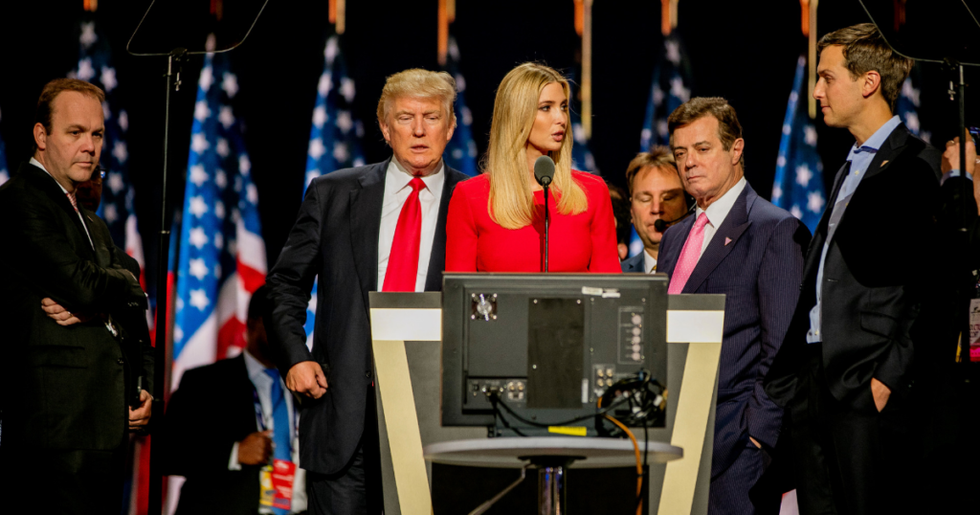 At least 16 associates of President Donald Trump had connections with Russian operatives during the 2016 presidential election and transition, court filings and news reports show.

CNN compiled a list on Monday from information gathered from Special Counsel Robert Mueller's investigation into Russian election interference and the Trump campaign's role in it. Mueller is also believed to be pursuing an obstruction of justice case against Trump for his attempts to thwart investigators searching for the truth.

"These communications came in the form of face-to-face meetings, phone calls, text messages, emails and video chats," CNN noted. "Everyone on this list denies participating in any 'collusion' with the Russians."

Mueller's "witch hunt," as Trump calls it, has unearthed quite a few witches.

The "no collusion" narrative is falling apart.

On Monday, Trump again took to Twitter to assail the investigation as a "witch hunt" with no "smocking [sic] gun."

It did not go well.

@realDonaldTrump You do realize there is a tape with you talking about this? PS late filling is just a tad differe… https://t.co/CdO0qty0h2
— Dwayne Bauknight (@Dwayne Bauknight) 1544474858.0