New Poll Asked People How They Feel About Donald Trump Personally, and the Results Are Savage AF 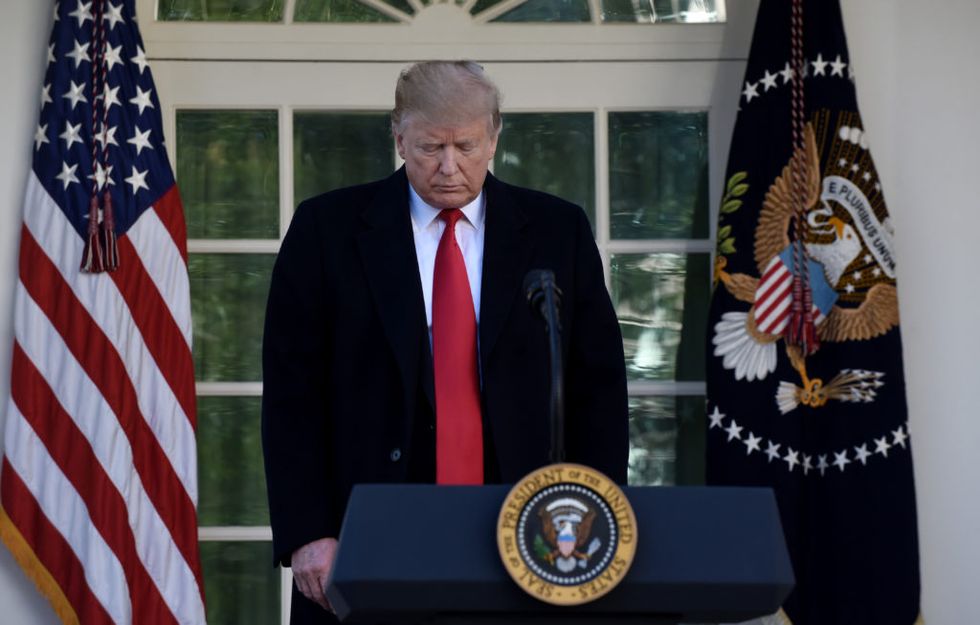 WASHINGTON, DC - JANUARY 25: (AFP OUT) US President Donald Trump makes a statement announcing that a deal has been reached to reopen the government through Feb. 15 during an event in the Rose Garden of the White House January 25, 2019 in Washington, DC. The White House announced they've reached a deal with Congress to end the shutdown and open the federal government for three weeks to give time to work out a larger immigration and border security deal. (Photo by Olivier Douliery-Pool/Getty Images)

The American people have made their opinions clear about President Trump, and it's not pretty. In a poll conducted by The Washington Post and ABC News, almost 6 in 10 people said they have an "unfavorable view of the president as a person."

Ouch. That's got to burn.

The majority of those polled also had doubts about the president's "empathy, honesty, and ability to make political deals," which is no surprise given the recent government shutdown and the president's well-known penchant for what can generously be called unfounded hyperbole.

61 percent of adults said they don't think Trump is honest and trustworthy.

58 percent think that Trump does not have the personality and temperament to serve effectively as president.

The Washington Post published the results of the poll this morning, and Twitter's reaction has been largely unsurprised.

Trump's approval rating is a dismal 37 percent. His favorability rating is even worse: 32 percent, just two points higher than Bill Clinton's was in the middle of his sex scandal and impeachment proceedings.

Let's look at that again: Trump, in the middle of his term, is barely as popular as someone facing impeachment.

50 percent of Americans expected Trump to make a good president, and even that low number hasn't been met. Only 33 percent think he's doing a good job leading the country.

Nearly half of Americans say they have no confidence at all in the president, although they're about evenly divided on whether he's a strong leader.

Judging from the responses, his tweet is a good indication as to why he's polling so abysmally.

@realDonaldTrump @foxandfriends Must be nice to be in charge of the most powerful country on earth & do nothing but… https://t.co/DKfDjfuNLq
— WTFGOP? (@WTFGOP?) 1548694649.0

Could the low poll numbers be related to the government shutdown? His insistence on getting his Wall? Hamberders? Perhaps it's all three and more, with each misstep being another brick in the wall.