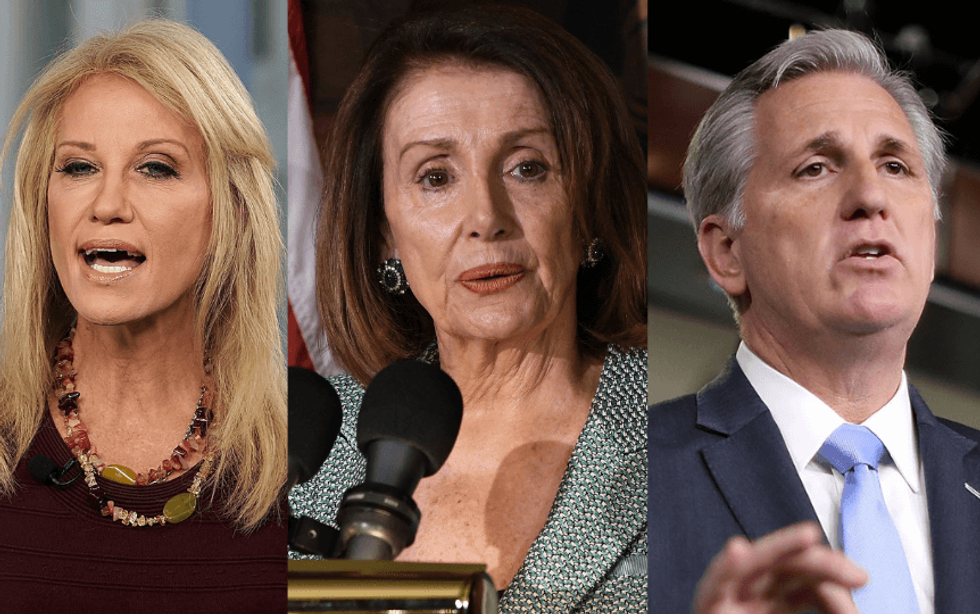 President Donald Trump's allies are out for vengeance after Attorney General William Barr's summary of the Mueller report indicated that the Special Counsel could not establish collusion between the Trump campaign and Russian operatives.

Now, they're calling for one of the loudest voices in support of a full and thorough investigation to step down. Among them are chief Trump advisor Kellyanne Conway.

"Adam Schiff should resign," Conway said during a segment on Fox & Friends, adding "Somebody should have put him under oath and said you have evidence, where is it?"

GOP leaders are demanding that Adam Schiff (D-Calif.) be removed from his position as House Intelligence Committee Chairman, but Speaker Nancy Pelosi (D-Calif.) has his back.

"Chairman Schiff has done an outstanding job and that’s the reason why he’s subject to these ridiculous attacks," said Pelosi spokeswoman Ashley Etienne. "Democrats aren’t going to be intimidated by the White House or Congressional Republicans."

@thehill The respect that I have for this woman grows by the day. A true profile in courage @SpeakerPelosi
— Joanne Tica (@Joanne Tica) 1553539056.0

Schiff's committee is investigating whether there was Russian interference in the 2016 presidential election. Attorney General Barr's summary of the Mueller Report asserted that the Special Counsel couldn't establish that there was collusion between Trump and Russia.

"Schiff has met the standard that he has imposed on other members of Congress of when they should step back from their positions. He has exceeded that standard, and there is no question he should step down from the Intel chairmanship," said McCarthy.

If the Trump administration has nothing to hide, Schiff's investigation won't turn up any damning information. Let's see how this plays out, shall we?