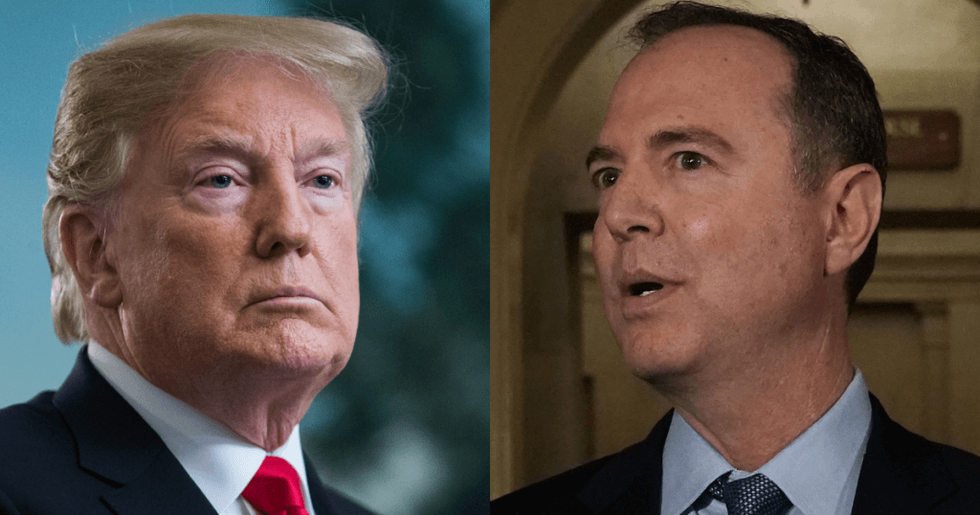 Schiff has been the subject of Trump's ire unceasingly since Thursday morning, when Schiff oversaw the testimony of Acting Director of National Intelligence Joseph Maguire to the House Intelligence Committee. During the hearing, Schiff said that Trump's efforts to pressure Ukrainian President Volodymyr Zelensky to open an investigation into former Vice President Joe Biden amounted to a "shakedown."

It wasn't long before Trump found out.

CNN commentators noted that Trump spelled the word "little" incorrectly. Trump then popped off to make sure his 64 million followers knew that the error was on purpose. He did so in a tweet that would've benefitted from some Sharpie edits.

To show you how dishonest the LameStream Media is, I used the word Liddle’, not Liddle, in discribing Corrupt Congr… https://t.co/guKxTAXhvR
— Donald J. Trump (@Donald J. Trump) 1569582162.0

"Liddle" soon became the number one trending topic on Twitter, because this is actually the level of discourse we're at now.

It's not unheard of by any means that Trump would make a typo. It's also not the first time Trump has used Twitter to attack Schiff, though it is by far the stupidest.

Imagine you are losing your family farm because of Donald Trump's trade war, one that every single expert who doesn… https://t.co/D2zbvGdz5N
— Jennifer Hayden (@Jennifer Hayden) 1569589838.0

Trump has tried to come for Schiff before, even referring to him as "little Adam Schitt."

Maybe, just maybe, this guy shouldn't know where the bombs are.