Donald Trump Is Apparently Planning to Run on His Environmental Record in 2020 -- No, Seriously 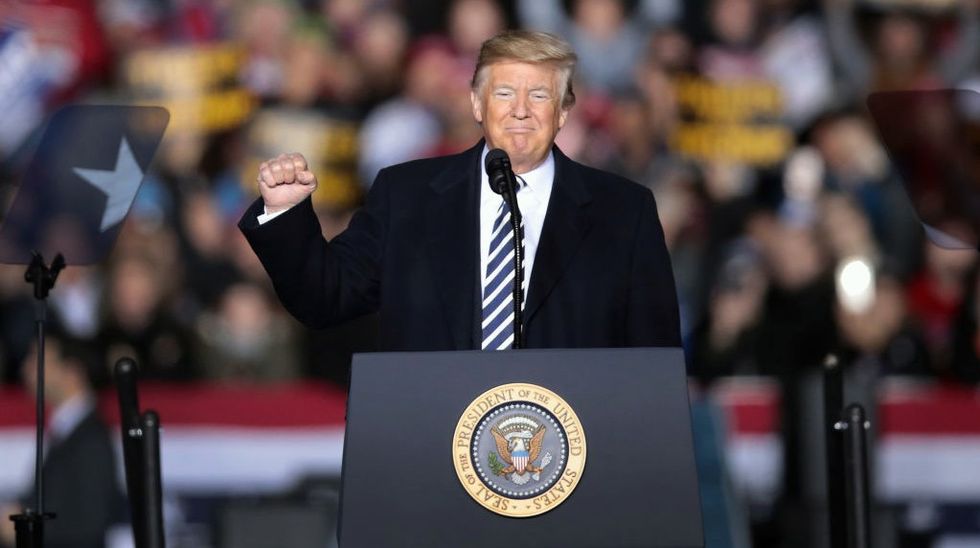 President Donald Trump has his sights set on his 2020 presidential campaign and creating talking points on his accomplishments. Sources reported he intends to highlight his environmental record as a high point of his presidency.

This news comes despite EPA rollbacks by his administration and Trump pulling the United States out of the Paris Accord on climate change.

Former Environmental Protection Agency head Scott Pruitt's tenure at the EPA was marked by scandal leading to his eventual resignation. But his own conduct overshadowed the rollbacks and cuts he made to US environmental protections.

The Trump administration's reputation as a friend to big business over clean air, clean water and endangered wildlife was earned through several decisions by the President, including appointing Pruitt to head the EPA.

The President pushed coal, one of the dirtiest forms of energy, over wind and solar power. Trump recently claimed windmills cause cancer as a way to discourage use of clean energy sources.

However, as is common of Trump, his version of his presidency includes success stories in his environmental record. Administration officials are developing talking points on climate change and his focusing on cleaner air and reductions in greenhouse gas emissions.

Both of those accomplishments are the result of environmental protections put in place years before Trump took office. The President has since eliminated several regulations that created the success stories his 2020 campaign intends to tout.

"President Trump believes you can grow the economy and protect the environment."

"Today we have the cleanest air on record, and we are ranked No. 1 in the world for access to clean drinking water. As we continue to reduce pollution, we’re also reducing burdensome regulations."

But critics are crying foul over Trump's claims of environmental success.

David Doniger, a senior adviser to the NRDC Action Fund, an affiliate of the Natural Resources Defense Council responded:

"They’re whitewashing their sooty record. They’re taking credit for the law and the actions of their predecessors that they’re actively trying to roll back."

But reelection could hinge on Trump portraying himself as a friend to the environment as well as big business.

"For the president to win these battleground states, he’s going to have to have some record of environmental achievement to showcase. The environment and environmental issues can make or break you."

To that end, Trump touts his perceived achievements on Twitter.

But Trump saw pushback on his claims there too.

In the 2020 campaign, are swing voters going to buy what Trump is selling?

"Once that’s established, all the rhetoric just collapses."