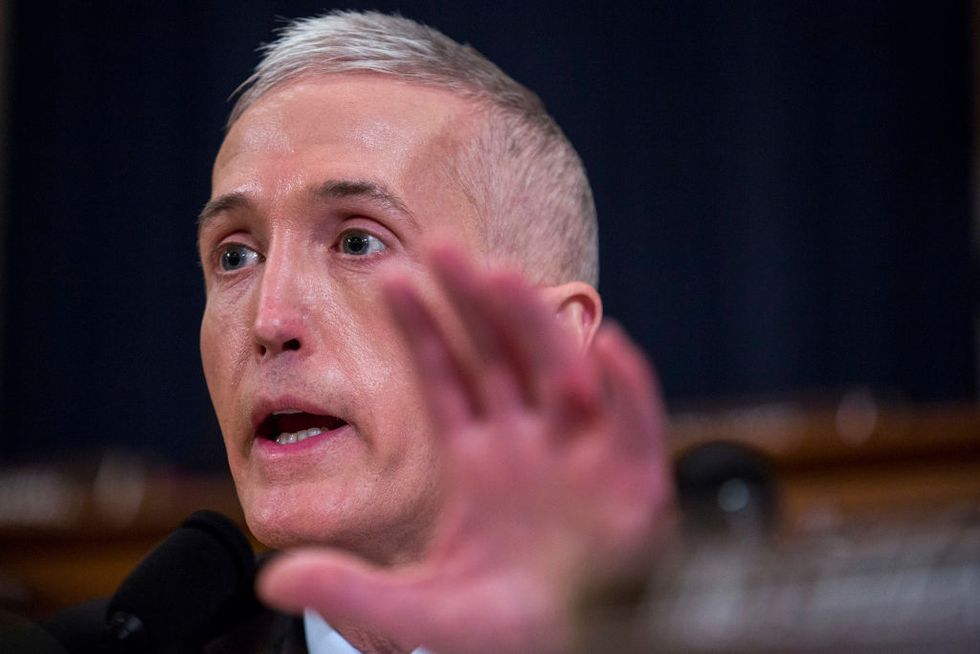 Representative Trey Gowdy (R-S.C.) a member of the House Permanent Select Committee on Intelligence says the much-debated Nunes memo, which alleges abuses of covert surveillance powers by the FBI, does not vindicate Donald Trump, and that it will not have "any impact on the Russia probe."

Gowdy made the comments while speaking to CBS's Margaret Brennan during an appearance on Face the Nation.

"I actually don't think it has any impact on the Russia probe for this reason––" Gowdy said.

"The memo has no impact on the Russia probe?" Brennan interjected.

Gowdy isn't the only Congressional representative to express his reservations about the memo.

Representative Chris Stewart (R-UT) agreed with Gowdy that the memo's release does not mean the end for special counsel Robert Mueller's investigation into Russian meddling in the 2016 presidential election. “I think it would be a mistake for anyone to suggest that the special counsel shouldn’t complete his work. I support his work. I want him to finish it. I hope he finishes it as quickly as possible. This memo has frankly nothing at all to do with the special counsel,” said Stewart, also a member of the House Intelligence Committee.

Representative Adam Schiff (D-CA), the top Democrat on the House Intelligence Committee, also weighed in, referring to it as “a political hit job," and positing whether Nunes and the White House had coordinated on the draft which went public. (Schiff had earlier accused Nunes of altering the memo before sharing it with President Donald Trump for release.)

The Nunes memo has fueled suggestions from members of the far right that the "rumor" of the Trump administration's collusion with Russian operatives first began to make waves after Hillary Clinton's campaign commissioned the now infamous dossier––as part of its own collusion with the FBI. In fact, that suggestion mischaracterizes the dossier. Its existence is significantly more complicated than that.

President Trump has continued to insist that the controversial dossier containing allegations of collusion with the Russian government compiled by former British intelligence agent Christopher Steele was not just “disproven” but “paid for by Democrats.” Last month, Senator Dianne Feinstein (D-CA) released the unclassified transcript of the interview last August by Judiciary Committee members with Glenn Simpson, a founder of the research firm Fusion GPS, which the Clinton campaign retained to do opposition research on Trump. Simpson’s testimony indicates that Steele was so disturbed by his discoveries that he chose to alert the FBI.

Steele was initially hired to gather opposition research (something all campaigns do) about Trump for a Republican client. Steele alerted authorities when the information he received from a network of Russian sources described Trump’s business relationships with wealthy Russians and alleged ties to the Kremlin. The information came from two sources who spoke on condition of anonymity, citing the sensitivity of the matter.

Steele had worked with the FBI before and was well regarded. He presented the bureau with information in July and in September 2016 suggesting collusion between Trump’s associates and Moscow in the DNC hack. He later met with an FBI official in Italy to share information alleging that a top Trump campaign official knew about the hacking as early as June 2016. A month after the election, Senator John McCain (R-AZ) gave FBI Director James Comey a copy of Steele’s reports.

The president used the memo's release as an opportunity to once again discredit the Russia probe, and continued to insist that the memo's release proves his innocence. "The memo totally vindicates 'Trump,' in the probe," he wrote over the weekend, referring to himself in the third person.