Transgender Servicemembers Hit Back at Trump 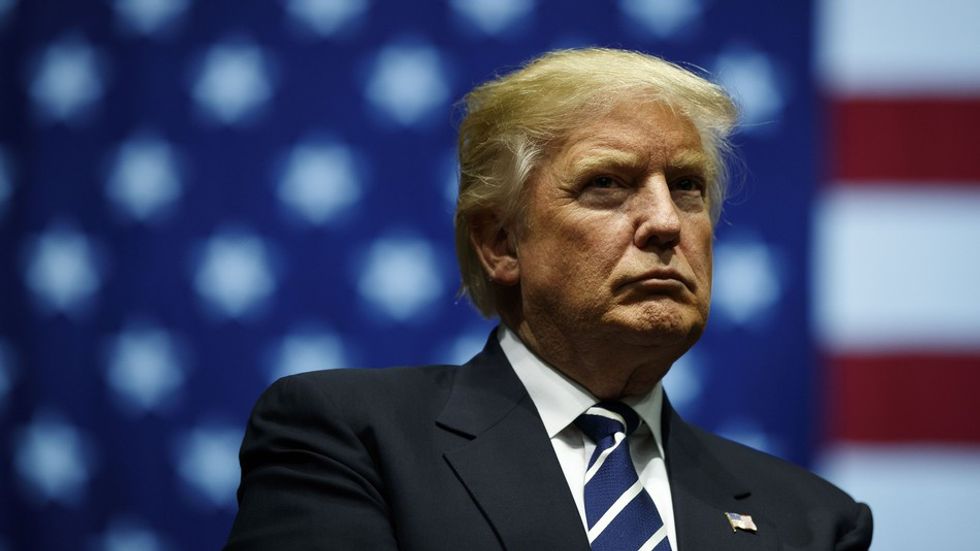 Five active transgender members of the U.S. military represented by the National Center for Lesbian Rights (NCLR) and GLBTQ Legal Advocates & Defenders (GLAD) filed the first lawsuit Wednesday against President Donald Trump, challenging his proposed ban on transgender people serving in the armed forces in any capacity. Trump made the announcement in a series of tweets last month.

“The directive to reinstate a ban on open service by transgender people violates both the Equal Protection component of the Fifth Amendment and the Due Process Clause of the Fifth Amendment to the United States Constitution,” states the suit filed in U.S. District Court in Washington by five anonymous “Jane Does.”

The five plaintiffs all say they have relied on the Defense Department's current policy permitting open service by transgender service members when they notified commanding officers they were transgender. They ask the court to declare Trump's directive as unconstitutional and argue that Trump's proposal would violate promises the government has made to members of the armed forces.

“Because they identified themselves as transgender in reliance on defendants’ earlier promise, plaintiffs have lost the stability and certainty they had in their careers and benefits, including post-military and retirement benefits that depend on the length of their service,” the suit states. "Plaintiffs have served honorably and successfully in the military since coming out as transgender, and their transgender status has not had any detrimental effect on their ability to serve or to fulfill their duties."

The Defense Department is still awaiting formal guidance on implementation from the White House. In a memo the day after Trump's tweets, Joseph Dunford, the chairman of the Joint Chiefs of Staff, said there would be no change in policy until Defense Secretary James Mattis receives an official order from the president. Trump has yet to issue the order. "In the meantime, we will continue to treat all of our personnel with respect," Dunford said.

Estimates of the number of transgender troops vary considerably. A RAND Corporation study says roughly 2,500 transgender personnel may be serving in the active duty military, and 1,500 in the reserves. The study estimates only 30 to 130 active duty troops out of a force of 1.3 million would seek transition-related health care each year, which would cost $2.4 million to $8.4 million. (Although Trump cited "medical costs" as the primary driver of the decision, total military spending on erectile dysfunction medicines amounts to $84 million annually, according to a Military Times analysis.)

Even as Trump’s announcement attempted to appeal to his hardline GOP base, the backlash from Republicans, including those with military experience, signals that there is bipartisan support for transgender people serving in the military. The statements from those with military service––including Arizona Senator John McCain and Iowa Senator Joni Ernst––counter the president’s claim that allowing transgender people to serve would create a “disruption” in the armed forces.

Following Trump's announcement, a White House official insisted politics “was never an impetus” for Trump’s decision but said that “it will be fun to watch some of them [Democrats] have to defend this.” Another official said the move “forces Democrats in Rust Belt states like Ohio, Michigan, and Wisconsin, to take complete ownership of this issue,” which could hurt their political prospects.

Reports indicate that Trump’s decision to bar transgender individuals from military service came as a response to an internal House Republican fight over sex reassignment surgery which threatened funding for his border wall. White House sources told reporters that Trump’s sudden decision “was, in part, a last-ditch attempt to save a House proposal full of his campaign promises that was on the verge of defeat.”