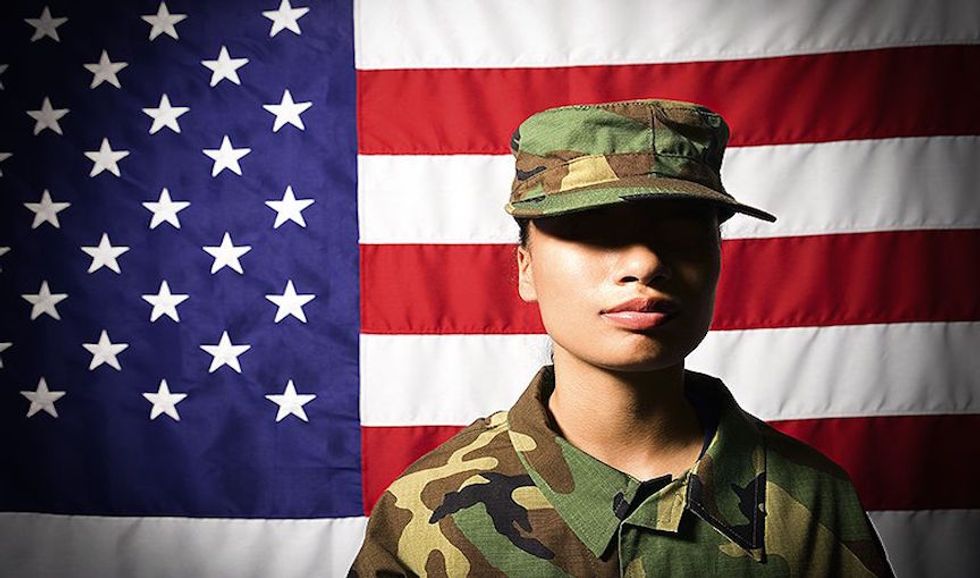 In an historic shift in gender policy, Secretary of Defense Ashton Carter removed a ban on transgender individuals from serving openly in the armed forces on Thursday. All services will allow transgender individuals to enlist starting next year. The Department of Defense will distribute a commanders' training handbook and roll out medical protocol and guidance for changing a service member's gender in the Defense Eligibility Enrollment System by October. That month is also the deadline for all the services to provide medically appropriate care and treatment to transgender service members according to Department of Defense protocols.

Secretary Carter explained the reasoning behind the landmark decision. "This is the right thing to do for our people and for the force," Carter said. "We're talking about talented Americans who are serving with distinction or who want the opportunity to serve. We can't allow barriers unrelated to a person's qualifications prevent us from recruiting and retaining those who can best accomplish the mission."

Carter’s feelings on the transgender ban made headlines last year. “The Defense Department’s current regulations regarding transgender service members are outdated and are causing uncertainty that distracts commanders from our core missions,” he said at the time. Carter then ordered all military officials to begin examining the steps necessary to lift the ban altogether. Until today, many transgender service members kept their transgender status secret to avoid dishonorable discharge, a situation not unlike the one faced by gays, lesbians and bisexuals before the repeal of the “Don’t Ask, Don’t Tell” ban in 2011.

Carter cited RAND Corporation estimates: The RAND study suggests the number of transgender individuals serving in the active duty component of the military is between 1,320 and 6,630 of a total 1.3 million troops. The study notes there are roughly 65 service members who seek a gender transition every year. RAND also found that the number of transgender service members “would likely be a small fraction of the total force and have minimal impact on readiness and health care costs.”

Secretary Carter’s decision is another hallmark in a year which has redefined American military policy. In December, the Defense Department announced it would open all combat roles to women. The Defense Department announced in April that 22 women are part of the first class of female members of the Army to be commissioned as infantry and armor officers. Most recently, the Senate approved a military policy bill that would require women to register in the event of a draft, drawing broad support from women in both political parties. In May, the Senate officially confirmed the nomination of Eric Fanning as the nation’s first openly gay Army Secretary.