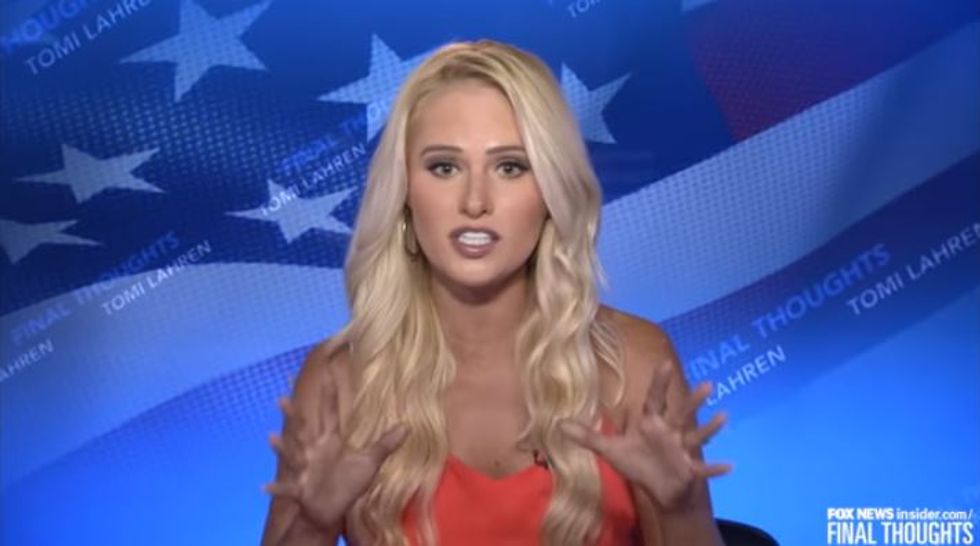 If you hadn't already guessed it, now may be a good time to mention that Lahren is a fervent Trump supporter, often coming to bat to echo the president's insults against whoever struck his ire that day.

However, Donald Trump had no political experience before the presidency and was considered a reality show star, which makes Lahren's statement on Taylor Swift and other celebrities popping off "sh*t they don't uderstand" a tad awkward.

@TomiLahren The president that you so openly support is literally a celebrity with no political background. Take a seat, Tomato Lasagna.
— samantha (@samantha) 1538971627.0

@TomiLahren This is hilarious, you literally support a reality show celebrity for president. You love it when James… https://t.co/E0BITypKaz
— Blaine Hardaway (@Blaine Hardaway) 1538980044.0

@TomiLahren Oh you mean like the reality star president you adore so much?
— Sherri Ruffler (@Sherri Ruffler) 1539009031.0

They also accused Lahren herself of doing the same thing.

Users also pointed out other hypocrisies.

Lahren has frequently sided with celebrities who have spoken out for right wing values or celebrities idolized by Republicans.

She's even done this for (drum roll) Taylor Swift.

Swift had long since made efforts to stay apolitical, something that Lahren apparently admired her for when many Americans inferred Swift's views aligned with more right-wing politics. However, Swift's post, while endorsing Liberal candidates, still encouraged fans to do their own research and to, ultimately, vote. Swift said:

For a lot of us, we may never find a candidate or party with whom we agree 100% on every issue, but we have to vote anyway.

So many intelligent, thoughtful, self-possessed people have turned 18 in the past two years and now have the right and privilege to make their vote count.

But Taylor Swift isn't the only celebrity Lahren has vouched for in the past.

Lahren used to do internet video commentaries for The Blaze until 2017, when she admitted to being pro-choice. Soon after, Lahren began working as a commentator for Fox News in 2017.