Tomi Lahren Just Tried to Come For AOC After She Exposed the Conditions at a Migrant Detention Center, and It Did Not Go Well 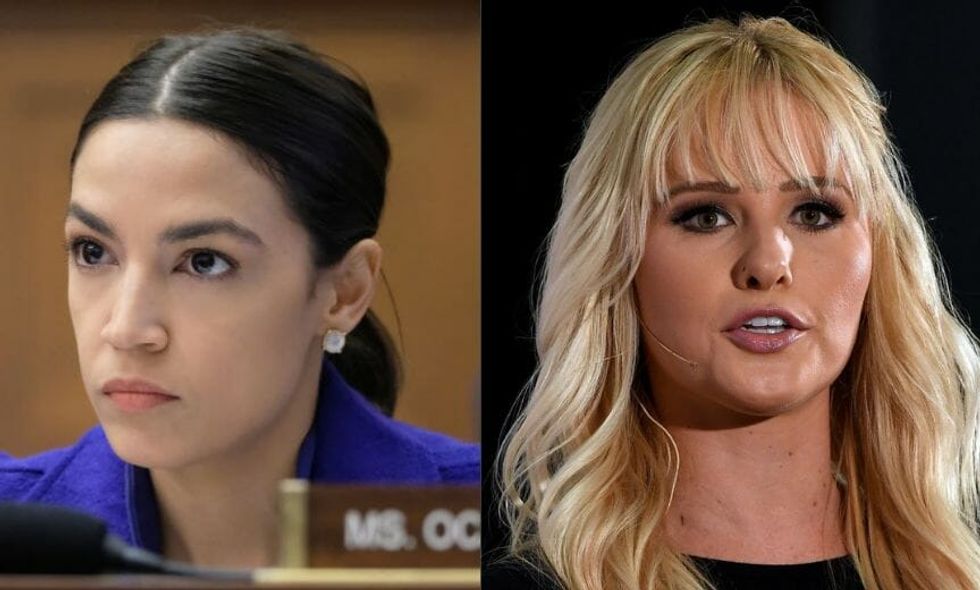 Representative Alexandria Ocasio-Cortez (D-NY) visited two migrant detention centers near the Texas border with other members of Congress this week.

Since touring the facilities, Ocasio-Cortez and others in her group have been vocal about the squalid conditions, with harrowing descriptions of overcrowded cells, abusive guards, and detainees told to drink from toilets.

The members of Congress who viewed the facility were told to surrender their electronic devices, but Representative Joaquin Castro (D-TX) was able to smuggle his into the center, revealing the appalling conditions.

Americans across the country were outraged by what they saw. Others—like infamous far-right commentator Tomi Lahren—weren't.

Lahren chose to call out Ocasio-Cortez instead.

Lahren's comments came less than a day after a 9,500 member border agent Facebook group proved to be rife with jokes regarding immigrant deaths and lewd doctored images of Ocasio-Cortez.

It didn't go well at all.

@TomiLahren @CBP You speak as though you have any clue what it’s like there, @TomiLahren. Your entire life revolves… https://t.co/ebVN2Rn0fw
— Brooke Binkowski (@Brooke Binkowski) 1562018782.0

@TomiLahren @CBP Tomi, I wanted to alert you. It appears your Twitter account has been hacked by a privileged elem… https://t.co/54YZFQ7Weo
— John Pavlovitz (@John Pavlovitz) 1562069617.0

@TomiLahren @CBP When you get elected to Congress, let us know. She was watching that the officers do on a daily ba… https://t.co/bCbMOfhHaO
— Jeff Manas (@Jeff Manas) 1562011928.0

As she often does, however, Lahren stayed mad.

Some had theories as to why Lahren's ire for AOC was so strong.

@TomiLahren @CBP Gee what is it about @AOC that gets Tomi so riled up that she feels the need to constantly attack… https://t.co/upKDenhrzo
— Jeff Hoyle (@Jeff Hoyle) 1562026075.0

Meanwhile, Ocasio-Cortez and other members of Congress who have actually visited the facilities, continue to get the word out.

The book The Fox Effect: How Roger Ailes Turned a Network into a Propaganda Machine is available here.