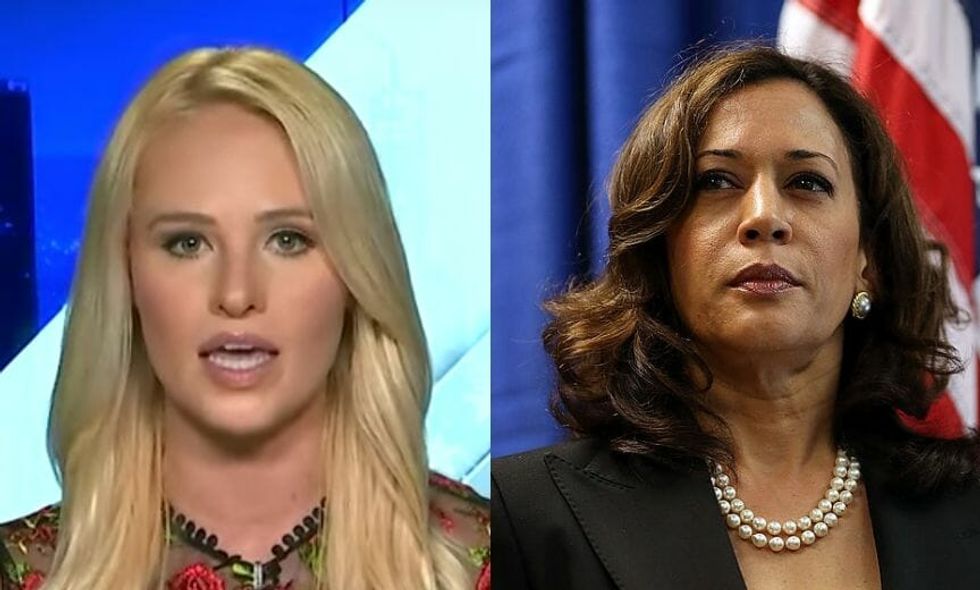 There was no shortage of Republican critiques and insults as candidates vying for the 2020 Democratic presidential nomination embarked on a second round of debates.

One insult from Fox Nation's far-right commentator Tomi Lahren, however, went too far. Now, her colleagues are calling her out.

The tweet was met with instant backlash—including from Lahren's women colleagues.

@TomiLahren Do you have any idea how damaging this is to women who’ve actually been sexually harassed, assaulted or… https://t.co/22RvJEQRE6
— Britt McHenry (@Britt McHenry) 1564629522.0

I am curious to know what you think bringing a woman’s personal/sexual life into this accomplishes. Men do that to… https://t.co/qFj0vocCbF
— Kat Timpf (@Kat Timpf) 1564622098.0

@TomiLahren If a male contributor had tweeted this they would probably be suspended with a trip to HR. Pretty disgu… https://t.co/RIJF5dGoos
— Janice Dean (@Janice Dean) 1564649246.0

Even some Republicans were taken aback.

@TomiLahren As a a huge Trump supporter, I have zero intention on voting for Kamala Harris. But it's completely ina… https://t.co/uejgPHJ3Xq
— Melik Abdul (@Melik Abdul) 1564619419.0

At first, Tomi tried to double down.

But life comes at you fast.

I apologize for my comment on Kamala’s personal relationship. It was the wrong choice of words. There are many othe… https://t.co/1Me3KvDBSZ
— Tomi Lahren (@Tomi Lahren) 1564666001.0

Lahren is known for not mincing words when it comes to railing against Democrats and their causes. What's more, her apologies are rare.

Less surprisingly, Democrats weren't pleased at all with Lahren's remarks.

@TomiLahren Calling other women whores and sluts doesn’t make you any smarter or more likeable, it makes you dumb e… https://t.co/poue0AM7EV
— feminist next door (@feminist next door) 1564621194.0

Though Democrats often have their misgivings with Fox News's misrepresentations and even outright lies, some commended the hosts for speaking out against a comment so clearly out of line.

Perhaps Tomi Lahren will learn from her own advice.

Something tells us she'll be back to her old antics soon.