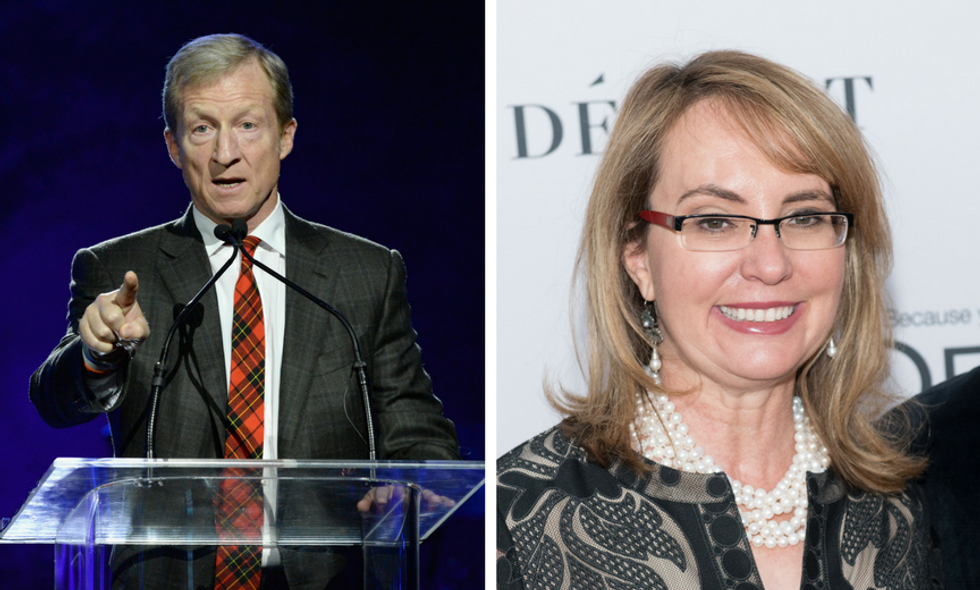 In the wake of the Valentine's Day shooting in Parkland, Florida last week, students at Marjory Stoneman Douglas High School have emerged as fierce advocates on gun safety, speaking out and organizing on the issue where adults have clearly failed.

Many now see high school students as a sleeping giant that has been awakened by this tragedy, and now billionaire progressive activist Tom Steyer just announced his plan to mobilize them nationally this November with a $1 million voter registration drive.

He released this video on Thursday:

I am tired of watching stories go unheard by politicians who continue to drag their feet on laws to protect America… https://t.co/LKwD2dLktg
— Tom Steyer (@Tom Steyer) 1519346482.0

"Over the last week, we've all had a chance to hear the powerful, thoughtful, important appeals from the Floridian high school students about the need for meaningful gun control."

He announced he was teaming up with Gabby Giffords's gun violence prevention group as well as Everytown for Gun Safety to sponsor the voter registration drive.

"that we don't just hear their voices and their feelings and their hearts on CNN, but that next November, their votes get counted by every official in America and they understand we either get gun reform now or we get rid of them then."

@TomSteyer Thank you for putting your money to good use. We love you and appreciate all that you are doing for America.
— Resist.Every.Day (@Resist.Every.Day) 1519354033.0

@TomSteyer Thank you @TomSteyer. Your contributions towards the return to sanity will never be forgotten. Thank you for your generosity.
— Ponder (@Ponder) 1519369231.0

Some shared resources to help teenagers get registered:

And many wanted to pitch in:

It's clear that a movement is rising.