Time Just Unveiled Its Person of the Year With an Epic Troll of Donald Trump, and People Are Cheering 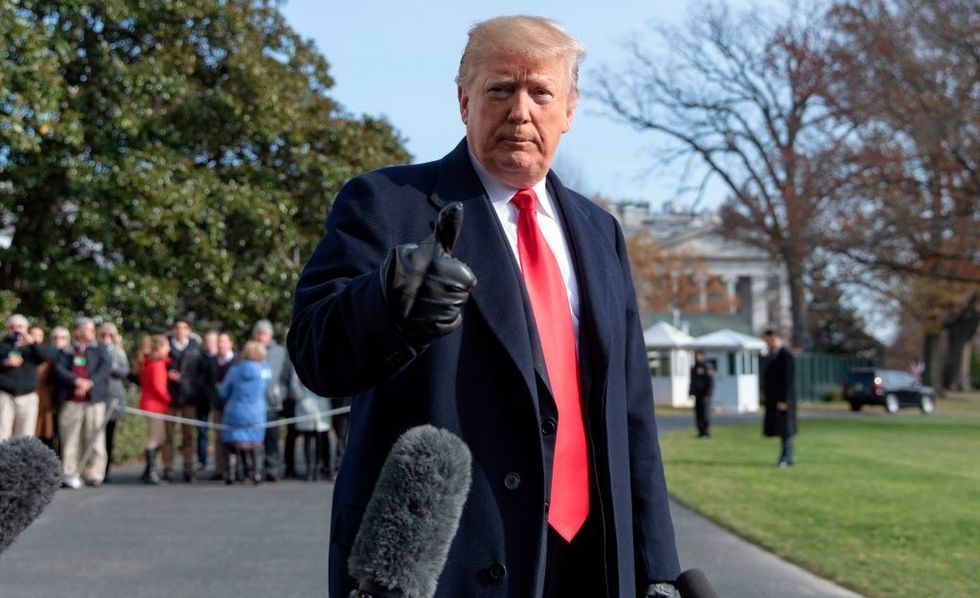 US President Donald Trump talks to reporters prior to boarding Marine One as he departs the White House in Washington, DC on December 8, 2018. (Photo by ALEX EDELMAN/AFP/Getty Images)

Speculation runs rampant every year over who will be named TIME magazine's Person of the Year. Every year since becoming President, Donald Trump tries to make the case for why it should be him.

But this year's recipients are a group the President referred to as the "enemy of the people" more than once throughout the year. Specifically, TIME magazine honored journalists jailed, attacked or killed in the name of their profession.

The announcement was made by TIME on Twitter Tuesday.

Given the President's adversarial relationship with the press and his obsession with making the cover—even creating a fake version to hang in his offices and golf clubs...

...people speculated that TIME's selection was made with the President in mind.

The TIME issue is titled "The Guardians and the War on Truth." The cover features photos of the journalists profiled in the issue.

In my eight years at @Time and for the decades prior, we never honored the dead in the POY issue. Trump and the Sau… https://t.co/a7MTvUBgKT
— Ishaan Tharoor (@Ishaan Tharoor) 1544536552.0

The President's name was mentioned by many in conjunction with the choice.

Trump kept some familiar company in those tweets.

Trump and Putin were finalists for Time person of year, but magazine instead chose journalists as collective winner… https://t.co/naCNir4Lge
— Jennifer Jacobs (@Jennifer Jacobs) 1544536830.0

In November, Trump said he couldn't imagine anyone but himself being named Time Person of the Year.… https://t.co/5qQWUI7U2h
— Jennifer Hassan (@Jennifer Hassan) 1544534158.0

However, according to TIME, Trump did make the list.

So did Robert Mueller.

So proud of our very own @mariaressa!🙏❤️ Another well-deserved recognition. After TIME has named Trump & Putin for… https://t.co/IkYonQiRhI
— Francis Baraan IV (@Francis Baraan IV) 1544537439.0

The Person of the Year issue hits newsstands this week. The issue theme dates back to 1927.