Local Restaurant Perfectly Trolled Donald Trump During His North Carolina Rally, and People Were So Here For It 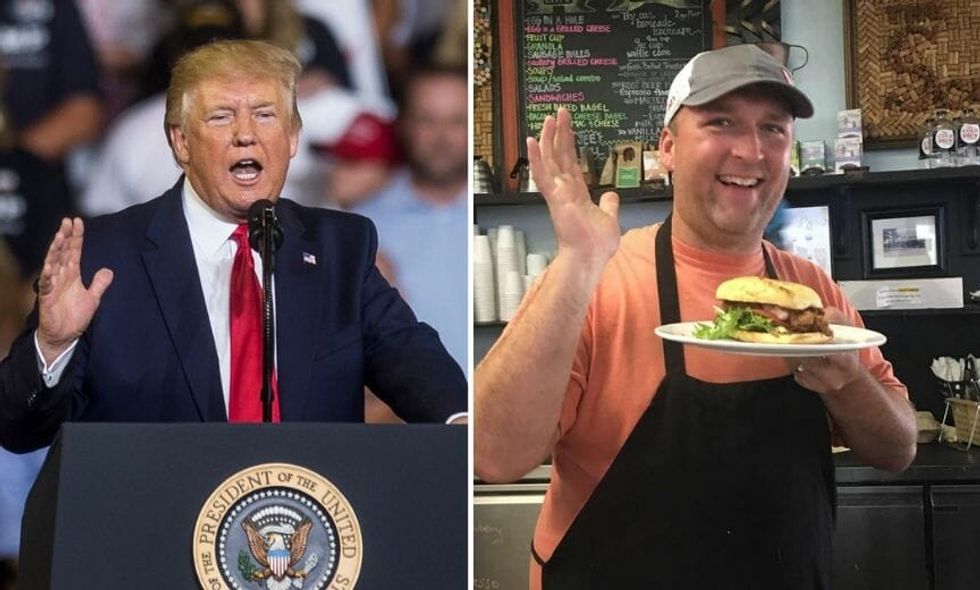 Supporters of President Donald Trump descended upon Greenville, North Carolina Wednesday night to cheer on racist rhetoric and numerous lies. But it wasn't only supporters of the president who turned up for the rally, and resistance wasn't futile—as one Greenville restaurant proved with its response to the red cap ridden surroundings.

Mathew Scully, who owns The Scullery restaurant in Greenville, announced in a Facebook post that the eatery would donate a whopping 100% of its proceeds from the night of the rally to the American Immigration Council, which helps provide lawyers to immigrants of all documentation statuses.

"I had already been thinking about the president and especially about his comments over the past couple of days and it's just sort of difficult to wrap your head around it," Scully told Newsweek.

"It brought up negativity and division in our community...and that's just kind of hard to sit and watch. So we just thought this would be an opportunity to spread a positive message."

That's just what it did.

@JujuJudge Thank you The Scullery! I will make a trip over to eat at your establishment and will leave a nice tip t… https://t.co/z8igiNt8eb
— Angela Graham (@Angela Graham) 1563474445.0

Not only did the gesture provide a much-needed beam of positivity in a landscape growing more and more insidious each moment, but it undoubtedly raised quite a bit of funds for the AIC's vital work.