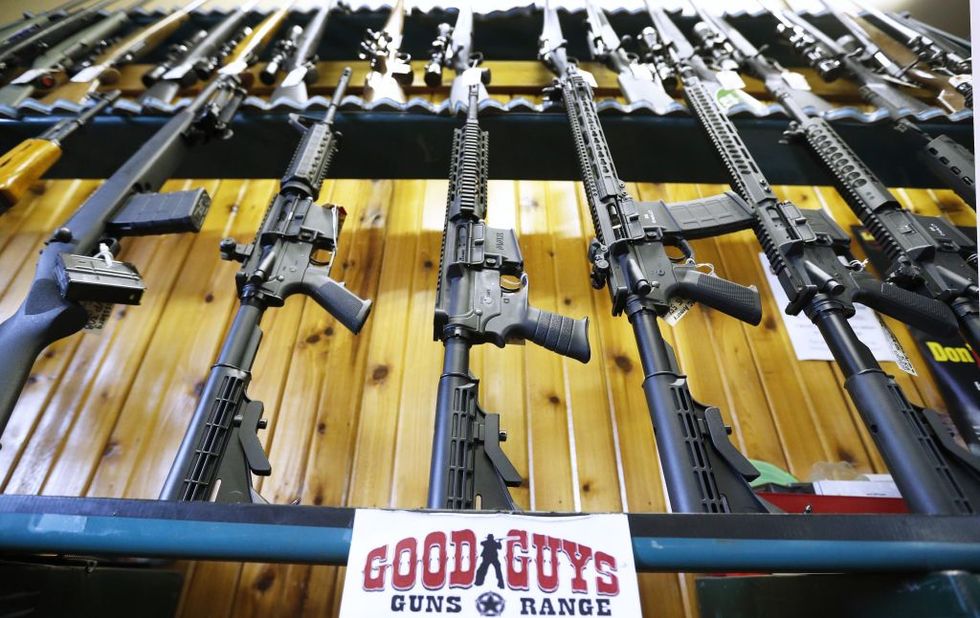 Last May, a deranged student entered Santa Fe High School in Texas and opened fire. Ten people were killed and 10 others were injured. The weapon of choice for the gunman was a .38 caliber revolver.

Over the last year, the nearby town of Texas City is implementing a radical new plan to protect students from potential future attacks: tracking students with computer chips, using facial recognition software to monitor whoever enters the school, and arming security guards with AR-15s, the weapon of choice for most school massacres.

"Some of the measures have already been implemented. Students and staff wear radio frequency identification cards, capable of tracking their whereabouts in school. They’ve lined glass doors with intrusion filming, making them impact resistant."

The plan is the brainchild of former Secret Service agent Mike Matranga, who served in the agency for more than a decade.

“What we’re trying to do is buy time, and by buying time and by having a deputy on campus or multiple deputies on campus, that time allows our deputies to respond and do their job,” Matranga explained.

Every deputy assigned to stave off a would-be assailant is armed with AR-15's, which are stored in a safe. Matranga said he is "a firm believer that we fight firepower with superior firepower."

“We’re not playing around. This isn’t some kind of little game to us. We put a lot of time, money, and effort into this,” Cavness said.

Arming security guards & hardening schools is one thing, but when you create a big brother surveillance system for… https://t.co/1pUhtLl9Vc
— Malkizar the Cynic (@Malkizar the Cynic) 1550845868.0

The sentiment was not universal.

Others say that there is no measure extreme enough to protect kids in school.

Gun rights activists have concerns of their own.

National School and Security Services President Ken Trump (no relation to the president) admitted that despite the "intense" nature of the new security measures, public interest often wanes before large-scale change is able to occur.

“This district seemed to gather a lot of attention because they put a whole lot of money in a short period of time,” said Trump. “The question isn’t really whether school safety is the top priority now, but six months down the road when the memories of Parkland fade, will there be the same investment not only in time and dollars but the people?”

“More universal background checks on gun sales, better mental health, better background check system… if we can keep guns out of the hands of people that shouldn’t have them, we’re going to automatically be safer," Scruggs said.

Matranga agreed, cautioning that even with upgrades in technology, training people to prepare for and react to emergencies is the best possible line of defense.

Texas City is one of several school districts across the country that have toyed with enhanced security.