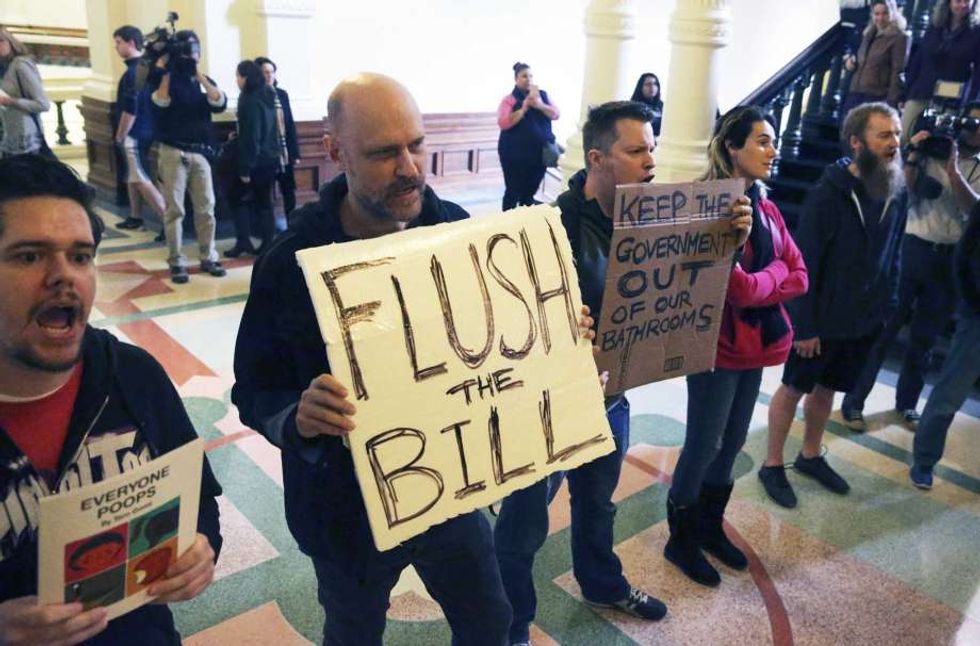 The Texas House adjourned a special legislative session yesterday without passing a bill that would have limited transgender people's access to bathrooms in schools and public buildings. The measure, until it died, had the support of Republican Governor Greg Abbott and the Senate, but business leaders and civil rights groups opposed it, arguing it would "advance bigotry" and have negative effects on the state economy.

“It is now clearer than ever: nobody but a handful of extremists wants laws that discriminate — in Texas or in any state,” Mara Keisling, executive director of the National Center for Transgender Equality, said in a statement. “We recognize that these extremists may not learn from their failures. We remain vigilant and ready to keep fighting.”

The legislation would have barred transgender individuals from using the restroom that best matches their gender identity. Thousands of people marched on the State Capitol to voice their opposition to the measure, arguing that it would demonize the transgender community. CEOs from 51 Fortune 500 companies publicly condemned the measure; 20 of those companies have headquarters in Texas.

“I have a very strong point of view on the so-called bathroom bill,” said real estate developer Harlan Crow, who is one of several Dallas-based CEOs to oppose the legislation who spoke to The Dallas Morning News. “I hold it firmly. That doesn’t make me think that Texas is not being served well by the leadership.

Republican Representative Byron Cook admitted that the outcry from business leaders convinced him that backing the measure would prove detrimental to the state's economic prospects.

“In the end, we need to have common sense on how we approach these issues,” Cook said last week, noting that he had not yet heard a strong argument favoring the bill. “If we pass this legislation, it wouldn’t serve any purpose but would push this state off a cliff.”

Others took the loss much more personally.

"I'm disappointed," said Lois Kolkhorst (R-Brenham), who authored the legislation. "In our most intimate spaces, there should be some lines drawn." Kolkhorst noted "there has not been a more contentious issue this session," but said she is ready to "take a few breaths and go home."

Lieutenant Governor Dan Patrick accused House Speaker Joe Straus, a fellow Republican, of obstructing the will of the state. “They [Texans] don’t want their children showering together, boys and girls in the 10th grade, sharing locker rooms and restrooms,” he said in a news conference. “And women want to be protected.”

The proposed measure would have mirrored legislation passed last year in North Carolina that overturns local gay and transgender protections. The bill was a direct response to a prior non-discrimination ordinance in the city of Charlotte, which had offered a wide range of protections. Most notably, the Charlotte ordinance allowed citizens to use the restroom that best matches their gender identity. State lawmakers acted ostensibly out of concern that women and children could be victimized by sexual predators posing as transgender to enter women’s restrooms.

North Carolina eventually repealed portions of the "bathroom bill." A compromise agreement removes the limits on trans bathroom use but allows state lawmakers to retain control over policy on public restrooms.