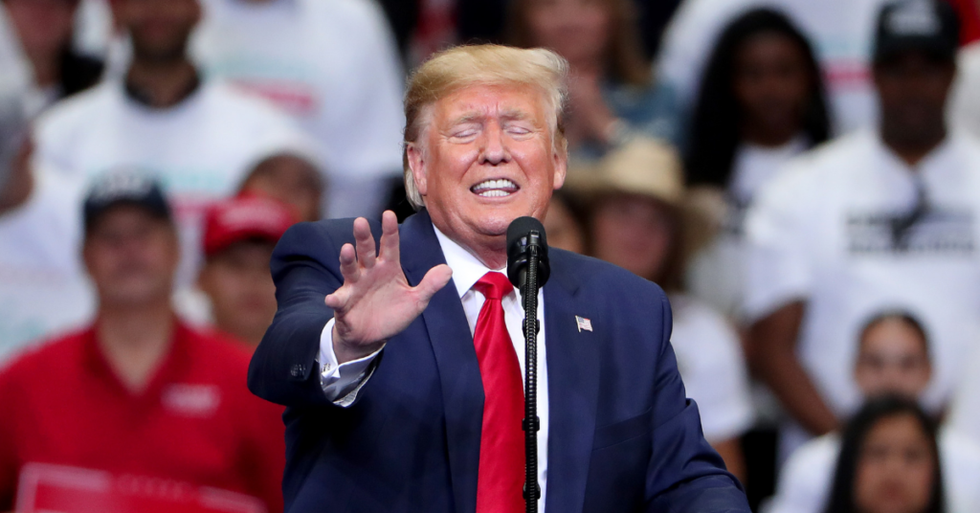 In a move that reflected similar gaffes by the White House, the Texas GOP sent their preliminary 2020 election strategy to the email addresses of Democrats Party Monday evening. The Texas Republicans said—just like the administration of President Donald Trump—it was a low level staffer that made the mistake.

So what is on the minds of the Texas GOP headed into the next presidential election?

President Donald Trump is polarizing and may turn off voters.

While that was not news to Democrats, the rest of their strategy was. Included in the information were 12 districts the GOP planned to focus on including deploying negative ads, buying websites to trick voters and highlighting diverse candidates over the rank and file to mitigate voter perceptions of the lack of diversity in the GOP.

According to The Dallas Morning News, the memo said:

"Given the polarizing nature of the President, I suspect some Republicans will refuse to turnout during the General Election because they don't want to vote for him - though I don't know that we will know what this universe would look like without us or a stakeholder creating a model."

"Regardless, I suggest we set up a contingency budget to target these folks with mailers, digital ads, and texts to encourage them to turnout for U.S. Senate, State Senate, State House, and so on."

As with the two times the White House sent talking points memos to the opposition, people wondered how accidental the error was.

@Politidope Wonder about the 'mistakenly' part. Maybe, just maybe, someone on the inside decided that they could no… https://t.co/xDBBLyEMR2
— GrayVariations 🆘 (@GrayVariations 🆘) 1574806277.0

Others pointed to another potential cause.

@Politidope Haha! Further proof that all the intelligent, competent people refuse to work with that party.
— GooglerInChief (@GooglerInChief) 1574801943.0

@Politidope The Republicans seem to have an issue with this. I guess somebody needs to explain send all to them
— Sharon Thompson (@Sharon Thompson) 1574805852.0

Whether the GOP plans being leaked will change their strategy—or whether this was their real strategy at all—remains to be seen.